Mughlai Breads: How To Make Khameeri Roti, Sheermal And Bakarkhani At Home

The Mughals didn't just leave behind an array of meaty delicacies and decadent sweetmeats but a whole lot of fascinating breads like khameeri roti, and sheermal. 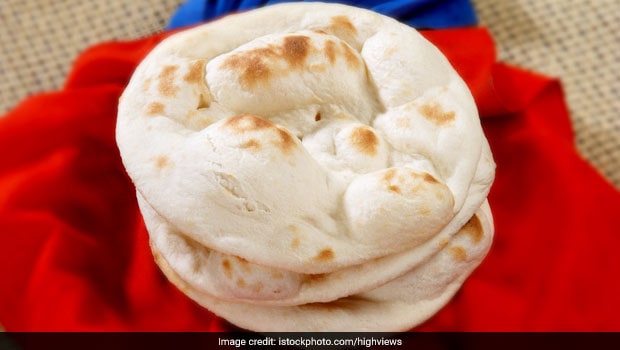 One can't truly indulge in their favourite curry without breads

Indian flatbreads have huge fan following of their own. They are imperative to make our meal wholesome. Imagine a bowl of nihari mutton or a butter chicken without any piece of roti or naan. How incomplete does it feel? How does one truly indulge in their favourite curry without an apt bread to go along? Therefore, it is important to raise a toast to our beloved desi flatbreads from time to time. Did you know a lot of these breads, especially the ones found in Old Delhi were popularised by the Mughals? Yes, you heard us! The Mughals didn't just leave behind an array of meaty delicacies and decadent sweetmeats but a whole lot of fascinating breads too. Three of such iconic flatbreads popularised by the Mughals are khameeri roti, bakarkhani and sheermal.

Here's how you can prepare khameeri roti, bakarkhani and sheermal at home:

'Khameer' or 'Khamir' is an Urdu word meaning yeast. Khameeri roti is leavened bread that is made in tandoor. It is so soft and chewy that it goes well with any curry. It is mostly paired with nihari and kormas. You can find it in alleys of old Delhi or any popular north Indian or Mughlai restaurant. You can also prepare it at home with this delectable recipe. The recipe video was posted on NDTV Food's YouTube channel. While it is traditionally made in tandoor, you can make it in pressure cookers or tawa too.

(Also Read: Nihari: History Of The Meaty and Buttery Breakfast Staple of The Mughals)

The sweet festive bread is widely prepared during Eid and Ramzan. Made with the goodness of maida, ghee, sugar, milk and saffron strands, this bread is so wholesome that you can actually tuck into it alone. It is popularly relished with nihari and is one of the hot-selling bread in Chandni Chowk. Here's a recipe that you can try for your next dinner spread.

(Also Read: Breads Of Delhi: 5 Kinds Of Bread You Must Try In Delhi)

One of the salient features of Mughlai breads is that a lot of them may use similar ingredients, but they differ so greatly in terms of texture and flavour. Baqarkhani is a sweet, biscuit-like bread made with flour, baking powder, ghee, milk, raisins, almonds and kewra. A rich golden brown bread, baked until crisp, Baqarkhani is sure to liven up your next spread.

Rich, flavourful and oh-so delectable, these breads can prove to be the highlight of your next gathering. Try these recipes and let us know how you liked them in the comments section below.