Mutton Chops: The Spicy Mutton Cutlet That Is Every Bengali's Go-To Snack

Back in Bengal, chai-time is incomplete without a round of complimentary snacks. The wide array of snacks includes both vegetarian and non-vegetarian delicacies 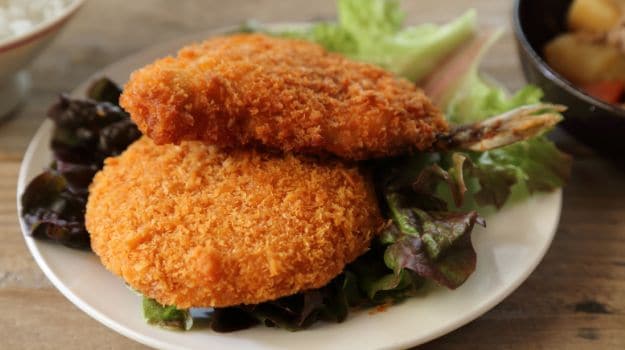 Highlights
It was slightly hard for my Kolkata based aunt to adjust to the ways of Delhi. In her last visit, one of the most bizarre things that she pointed out was us having tea with no or bare minimum snacks in the evenings. Back in Bengal, chai-time is incomplete without a round of complimentary snacks. The wide array of snacks includes both vegetarian and non-vegetarian delicacies. According to food critic Bikramjit Ray, "One of the specialties of Bengal is that they have such wholesome non-vegetarian snacks. If you see snacks across the country, they are mostly vegetarian, be it samosas or pakodas, but that isn't so in Bengal. From Ghugni and Mughlai paratha to kathi roll and chops, the list is vast."

Listen to the latest songs, only on JioSaavn.com
Several cups of piping hot tea, a plate of biscuits, and snacks like tel bhaja (deep fried pakoras in mustard oil), fish fry, kachuri, nimki, jhal muri, aloo chops, chanachur andshingharas(Bengali version of samosas) are some of the most enjoyed evening delicacies in the eastern part of the country. And it is in this extensive list that a delectable mutton chop finds its much loved place. Mutton chop is a special kind of mutton cutlet or a mutton croquette that one can find in several streets side shops, cabins and restaurants across Bengal.

Crisp on the outside and soft on the inside, mutton chop is heart-melting mélange of flavours that can set any mutton-lover's heart aflutter. There is an equally loved vegetarian variety of the cutlet too in veg chop and aloo chop too which are round shaped cutlets holding spicy minced potato filling inside a crusty maida exterior with bread crumbs. Then there is an egg chop too, which could be called as the desi cousin of the deviled Sotch eggs. Except that the sausage casing of the later is replaced by a mashed potato casing in the deemer chop.The chop and cutlet culture in Bengal is said to be a contribution of the British. The British have had a long lasting impact on the culinary map of Kolkata and the whole of Bengal for that matter, having governed the state for about 200 years. The intermingling of British delicacies with Indian tadka back in those years has caught the fancy of many food lovers across the country. Mutton chops are believed to be a produce of the elite British clubs of Kolkata. The chops and cutlet travelled from the elite kitchens to the localites of Kolkata who enjoyed the snack as part of their evening tea-time adda.

What makes these mutton croquettes special is the use of a heavily spiced mixture of minced mutton, and the addition of extra green chillies. If you are not so fond of spicy food you may want to tell your vendor to tone down the chilli. The deep fried crusty coating is the same as that of a cutlet. It is also coated in an additional layer of bread crumbs to make it crispy and wholesome.

CommentsThe lovely snack can be relished on its own or teamed with any chutney or ketchup, sweet or tangy. Since I am an avid lover of all things pungent and spicy, I love to team them with Kasundi too- a delicious and flavourful Bengali mustard sauce. Personally, I love the mutton chops at the Dadu cutlet shop in CR Park Market 1.