Not All Single Malts are from Scotland: A Beginner's Guide 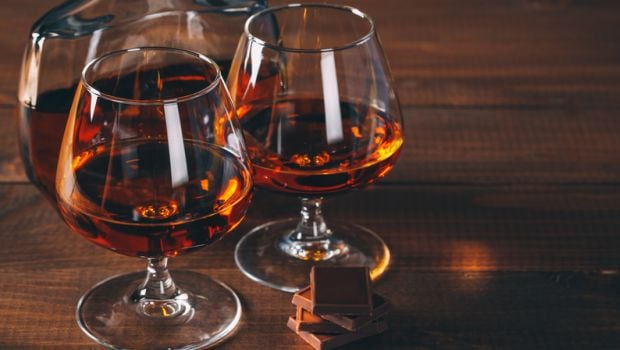 Highlights
If there’s something that can grab your attention as you’re sipping one of the world’s finest whiskies, it’s probably a good story. Darren Hosie is not just a storehouse of information on whisky but also a master storyteller (and yes, he narrates his stories in an inimitable Scottish accent). He is an international brand ambassador of a leading whisky brand; I interacted with him over rounds of outstanding whisky at the Park Hyatt in Chennai recently.

The Single Malt that Started it All

My favourite story of the evening was about the single malt that started it all. King George IV demanded a glass of whisky during his maiden visit to Scotland in 1822. The only problem was that whisky was not legal, not even in Scotland. But nobody turns down a king’s request. The Excise Act was passed in 1823 and hence whisky brands were formally established. The word whisky owes its origins to ‘Uisge Beatha’ a Gaelic term that means ‘water of life’. The Irish and the Scottish still argue over bragging rights for the world’s oldest whisky. Earlier this year, I was at an old distillery near Belfast that dates back to 1608 and commenced operations with a royal charter issued by King James I. It’s the Scottish who somehow seem to have made single malt whisky their very own.So What is Single Malt Whisky?

It all begins with water being added to barley for germination. This is done because whole barley kernels don’t ferment too well. The germination process also converts the starch into fermentable sugars. Most distillers are obsessed with the water that goes into the whisky at every stage and this is the case not just in Scotland. I spotted an underground cave spring in a distillery in Tennessee, which is a year-round source of iron-free water, one the most important ingredients in a bottle of whisky. Water is added again, just before fermentation with ground barley, to create a mash and also to dilute the whisky before maturation.

The barley is usually dried in a space called the malting floor where warm air is sent through perforations to dry the barley. This is the stage where some distilleries use smoke from burning peat (you will not usually find this across the ocean in Ireland) to stamp a smokey flavour in addition to drying the barley. Non-peated whiskies use only hot air. This malt is then transformed into a coarse flour to which hot water is added to extract the sugars while yeast is used to ferment the malted barley. The liquid, called the wash, is then distilled in copper pot stills, taking the alcohol content to over 60%. This is usually achieved after a second and occasionally, triple distillation. The malt whisky is finally diluted (with water) to about 62.5% a.b.v. (alcohol by volume) before it is placed in casks for maturation. The choice of casks is another key decision. Most single malts ‘reuse’ bourbon casks (that are usually shipped from American whiskey manufacturers) while some use sherry casks. Single malts are expected to be aged for a minimum of three years; most single malts are aged much longer than three years.

Single Malts are Blends Too!

Not All Single Malts are from Scotland

Aside from Scotland’s five traditional single malt regions (Island, Lowland, Highland, Speyside and Isley) a plethora of ‘new world’ single malt whiskies are trending just like new world wines a decade or two ago. From Japan’s Yoichi to India’s Amrut to Taiwan’s Kavalan, quite a few Asian single malts are on the global radar among whiskey aficionados.

How to Enjoy Your Single Malt

Almost every whisky expert I’ve met almost always suggests that the best way to enjoy an expensive single malt is to add a few drops of water from the same source as the whisky. That’s clearly impossible unless you’re tasting the whisky as part of a distillery visit. The best advice I’ve heard is ‘enjoy your whisky the way you like’. So whether you want to pop an ice cube or two or add top up your glass with water or cola, it is of course your call. However, most aficionados will concur that ice will dilute and numb the flavours. It’s the same with fizzing up your single malt with soda. Probably the best way to enjoy a single malt (or any whisky) is to add a few drops of water (at room temperature) that allow your whisky to ‘open up’ and unravel its true flavours.