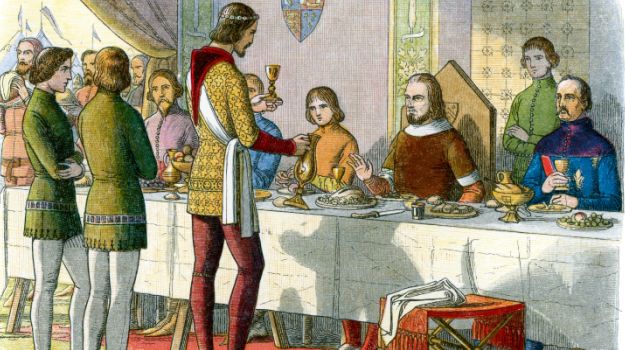 Fifty bottles of wine, four ducks, and a roasting pig - the feast of food and drink provided to French emperor Napoleon Bonaparte during his exile on Saint Helena was revealed in a document auctioned in Britain.

The list details the inhabitants of Napoleon's household on the island, Longwood, including loyal aide General Henri Gatien Bertrand and his family, and numerous staff including "32 Chinese". Each day, the entourage were delivered 23 kilos of beef and veal, 23 kilos of mutton or pork, 31 kilos of bread, 42 eggs and 15 bottles of milk, two turkeys, two geese, 12 pigeons and nine fowl, in addition to the pig and ducks.

And to accompany the vast quantities of wine, also on the list were malt liquor, rum and cognac. "This fascinating document gives a detailed insight into the quality and quantity of wine, spirits and food that were enjoyed by Napoleon and his retinue during his exile on St Helena," explained auction house Woolley and Wallis.
Listen to the latest songs, only on JioSaavn.com
It sold for £976 ($1487, 1,330 euros) at an auction in the southern city of Salisbury, England. Signed by Denzil Ibbetson, a British officer and artist who served on St. Helena, the inventory is dated October 13, 1820.

Napoleon arrived on St. Helena in October 1815, after a long sea journey from Britain. Consumed by boredom and bitterness, Napoleon died in May 1821 aged 52, possibly of stomach cancer.