It was only after seeing pictures of a Himachali friend's beautiful wedding that I got to know of their grand wedding feast called dham. 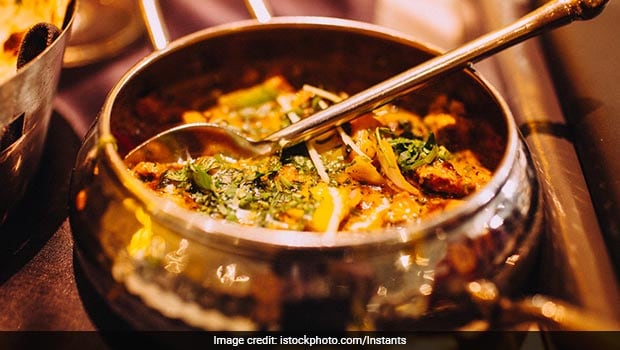 Highlights
It was only after seeing pictures of a Himachali friend's beautiful wedding that I got to know of their grand wedding feast called dham. Pictures do tell a million words, and I could see the joy of community feasting as her guests and family sat together on the ground while dhoti clad men served them food. It sparked my curiosity and I wanted to know all about dham. As my friend and her mother filled me up with the details, I soon learnt that much like Kashmiri wazwan, Himachalidham comprises a range of traditional dishes that are meticulously prepared using locally available ingredients. But unlike the Kashmiri wazwan, dham is strictly vegetarian and prepared by Brahmin cooks who are called botis.

On further reading about dham, I came across many tales on how it all started. As per legends, 1,300 years ago the then king of Himachal Pradesh, Jaistambh, was so impressed by Kashmiri wazwan that he ordered his cooks to prepare a similar feast back home but without the use of meat. Thus a new kind of cuisine was born in Himachal Pradesh, which was prepared only by Brahmins and considered sacred. In fact, the recipes were strictly guarded and passed on through generations to keep alive the tradition of botis.

It is also said that dham was earlier a temple feast reserved for royalty, but with passing years, it began to be prepared during weddings and special occasions for commoners too. It brought together the whole community as people sat down on the ground to enjoy the elaborate meal.

Renowned food writer and restaurant critic Marryam Reshii presents a more logical explanation to dham, "Himachal Pradesh being a hilly region with houses built on hills, flat land was scarce inside the homes of middle class families. Rather than hosting a wedding at home, people chose to organise it in a temple. Thus started the tradition of dham which was prepared by Brahmins in the temple and was 100 percent vegetarian. Now of course there are wedding halls and even meat dishes have crept into the dham spread."

What Are The Dishes In A Dham?

A typical dham usually comprises about 7 to 8 dishes, which are prepared in pot-shaped copper vessels called charoti. It is believed that cooking the dishes in these pots lend them a distinctive flavour as they are slow-cooked for hours, and the narrow openings of the vessels keep the dishes hot for a longer time. A special trench is made on the ground to cook the dishes using wood fire.

"In a middle class wedding, the dham usually comprises about 8 dishes whereas among the elite, the number of dishes could be double. Whatever be the number, half of the spread of dishes are prepared using dal. The three types of dal that are a must are chana dal, toor dal and maa ki dal. And meetha chawal is a must too," says Marryam.

Kuldeep Sharma, a boti who specialises in Hamirpur dham, says, "The number of dishes in a dham varies depending on families. There is no set number as such. I have even prepared 20-22 dishes for a dham. But yes, in earlier days, a dham would consist of about 6-8 dishes. What we do is two days before the wedding, we give a list of ingredients that we require for preparing the dham. On the day of the wedding we start cooking at 5 AM and are ready to serve by 1 PM."

Different kinds of dals or pulses are the main ingredients in the dham. It is truly remarkable to see the variety and the fact that each dish is so different from the other in terms of flavour, texture and the preparation method.

"Five dishes are a must in a dham and that include maa ki dal or mash dal (black lentils slow cooked for over four hours), chana dal (made using different spices or even with the addition of greens like spinach), kadhi (besan dumplings in buttermilk gravy), khatta (a tangy dish made using kala chana, tamarind and spices), and meetha (boondi soaked in sugar syrup and mixed with nuts and khoya). The meal begins and ends with meetha," shares Kuldeep.

Other dishes could be madrah, wherein moong dal and rajma (red kidney beans) or chole (chickpeas) are slow cooked in yogurt, khoya and ghee, along with about 20 different kinds of spices till it resembles a thick gravy. Now there are also variations where the dals are replaced with vegetables like yams, peas and spinach, or paneer. Then there is another preparation with urad dal that has a dominant flavour of garlic, and the much loved meetha chawal. Onions and garlic aren't a strict no unless requested by the family.

My friend confidently states, "The Kangra dham is the best because it's the most delicious of all." So yes, there are regional variations to the preparation of the dishes for the dham.

"There are quite a few types of dham based on the region - Kangra, Shimla, Mandi and Chamba, which a local can pinpoint more clearly while tasting the dishes. Shimla being the coldest region, meat dishes have commonly featured in the dham such as fish, mutton and game meat, particularly for the elite. In Chamba dham you will find generous use of dairy products like ghee, curd and milk," adds Marryam.

"The variations in dham is because of the use of different ingredients. For example, in Kangra dham you will notice the excessive use of spinach and the dishes are often richer. Whereas in Hamirpur dham, our speciality is in slow cooking the dishes for long hours to develop the flavours rather than making them rich," says Kuldeep.

With changing time, the choice of dishes in dham is evolving and also the replacement of leaves with paper plates. But thankfully the preparation of the dishes is adhering to the traditional route of slow cooking in copper pots and iron vessels to present you remarkable flavours. So next time you get invited for a Himachali wedding, remember to build up your appetite to enjoy the lavish dham.