Jogging Can Help You Stay Sharp 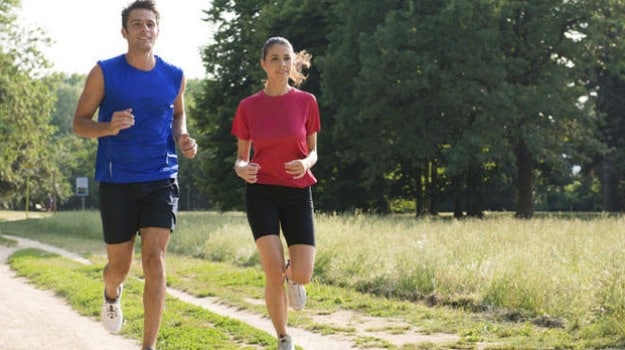 Urban lifestyle is plagued with high level of stress, eating disorders and lack of exercise. This in turn gives rise to a series of lifestyle diseases such as obesity, diabetes, high blood pressure, high cholesterol, etc. The need to include regular physical activity, therefore, become imperative like never before. When it comes to exercising, there is no other and better way to start than jogging.A recent study conducted in Switzerland suggests that exercise can enhance the development of new brain cells that play an important role in learning and memory of adults. The process of developing new brain cells in the adult brain is called adult neurogenesis, the scientists explained.

The researchers found that mice that spent time running on wheels not only developed twice the normal number of new neurons, but also showed an increased ability to distinguish new objects from familiar objects.

"Pattern separation is involved in many memory tasks of everyday life. For example, when learning the game of chess, it is critically important to remember the different shapes of pieces like the pawn and bishop," Bischofberger explained.

For the study, the researchers tested two groups of mice that were housed either without (sedentary) or with running wheels (voluntarily running) using a novel object recognition task to assess learning and long-term memory. It was found that whereas distinct objects were remembered and recognized by both cohorts of mice, only the running mice could faithfully distinguish similar looking objects.

Investigators determined that the running mice had developed better pattern separation capabilities than sedentary mice. To investigate further, the researchers looked for changes in the brains of the mice. By using markers that could identify newly-formed brain cells, they found that running mice developed about twice as many new cells.

The study was published in the journal of Brain Plasticity.