Raw Food Versus Cooked Food: Which is the Key to a Healthy Diet? 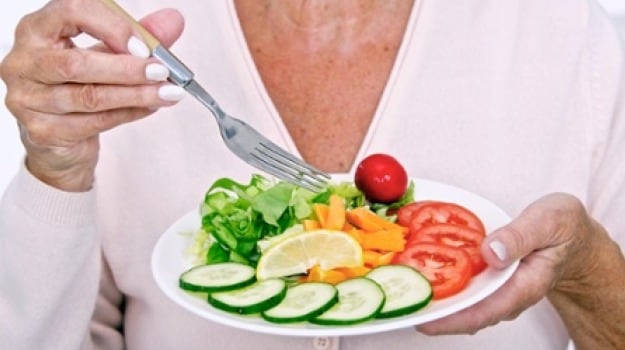 New research indicates that cooking food bombards us with more energy than can be easily dealt with, and that eating raw food actually burns up calories. So is it time to throw away the cooker?

I'm no fan of the diet industry, but one of this slimming season's offerings has a diverting premise. The Ice Diet by health writer Pete Bee, promotes burning more calories by being less warm. She encourages exercising out in the cold, turning down the heating, flinging open windows and eating more (but not exclusively) uncooked foods. Eating raw or lightly cooked foods, she says, requires more energy to chew and digest, while ingesting cold foods uses calories to warm the food and us up. But there's more to it than that. Cooking food helps us ingest more calories, too.

The calorific value of cooked raw foods is the subject of ongoing work by the evolutionary biology department at Harvard University. A paper published this week in the American Journal of Physical Anthropology, for instance, details new evidence that fats in foods yield more calories when cooked. They have also found that cooking makes more energy available to us in starch and protein.

The researchers started this line of investigation to test their thesis that harnessing fire for cooking is what turned us into the relatively intelligent beings we are today. This could explain how we evolved a puzzling combination of bigger body and brain ("a very metabolically expensive tissue," says Rachel Carmody of the Harvard team), along with a smaller gut and positively bijou set of teeth. Our new physiques required more calories but implied that we consumed less food, so surely we had found a way to extract more energy from our diet. But an exhaustive search for academic research into cooking's effects on calorie intake drew a blank. "We thought surely there must be an entire field of science devoted to this," says Carmody, "but finally we had to accept that this work simply hadn't been done." So they started their own research.

Free sugars, as you find in sweeties and fruit, are "readily digestible," says Carmody. Starch, however, is indigestible when raw. Nowadays starch is most commonly associated with items that we generally don't consider eating raw, such as rice or wheat flour. But it is also present in plenty of salad ingredients. Peas, for instance, are delicious raw.

Starch is made up of long chains of glucose that we can't metabolise, but cooking reorganises the structure, as it swells with water in a process known as gelatinisation. Once gelatinised, says Carmody, "our enzymes - primarily salivary amylase in our saliva and pancreatic amylase in our small intestine - can then attack the glucose". Different types of starch will provide varying amounts of calories when cooked. "In the research that we've done," says Carmody, "it looks like you'll get anywhere between 20 to 40% more calories based on cooking."

Proteins are like balls of wool, consisting of long strings of amino acids, all coiled on to each other. Cooking untangles them, allowing digestive enzymes to cut into them and break them down. This process, Carmody says, "is called denaturation. It breaks down the protein into a form that allows it to be absorbed in the small intestine." According to her findings, cooked protein provides around 10 to 20% more energy than raw.

When it comes to fats (otherwise known as lipids), it's all about busting through the matrix. "A lot of nutritionists thought," says Carmody, "that fat is fat - we absorb all of it anyway, so how could cooking possibly have an impact?" This led to perplexion among nut manufacturers, who found through their own experiments that animals didn't get as much energy out of raw nuts as the standard nutritional guidelines predicted. These more accurately reflected the calories in roasted nuts.

"If you're eating a raw nut that contains a lot of lipids," says Carmody, "a lot of that lipid can't be accessed because it's inside cells that are not being broken down." Roasting a nut breaks the cells apart, so our bodies are able to access all that lovely fat. But that's not all. There's a secondary matrix, concealing yet more fat. "Little globules of fats swimming around in cells are themselves covered by a protein layer," says Carmody. But when the protein is denatured by cooking, that fat is liberated too. However, despite this double-fat matrix, the difference in calorific content between raw and cooked lipids is less than in carbohydrate and protein. The Harvard team aren't yet ready to talk numbers, but it's not insignificant, says Carmody.

Carmody and colleagues have also produced a study on how many more calories we expend chewing and digesting uncooked food in relation to processed (by pounding) and cooked foods. "But it's not yet published," says Carmody, so she can't share the details. "I can tell you for sure that cooking has a big impact, as well as non-thermal processing. They both have a substantial reduction in the amount of energy that we spend digesting the food."

One might expect that, relative to other activities, digesting cooked foods as opposed to raw can't amount to saving that much energy. However, as a guideline, Carmody points out that, "typically in western society, we spend about 15% of our total energy budget digesting food, which is about the same as what we spend in locomotion - walking around, running, all the activities that we do." So eating raw rather than cooked food, she says, is comparable to having gone for that jog.

The Harvard team believes that we have come to depend on cooked food, and this opinion is borne out by a study into the effects of a raw food diet. Even when processing some of their diet, through pounding or blending, strict raw foodists were underweight, and 50% of women under 45 had stopped ovulating. "They were so energy limited," says Carmody, "that their bodies shut down reproduction and, from an evolutionary biologist's perspective, this is really mindboggling."

As usual, in this world in which we no longer have to hunt for our food, and highly palatable snacks are on offer at every turn, eating a balanced diet with no junk food and keeping active are the keys to good health. But of course this advice is far too dull, and lacks the novelty factor required to flog books. And, judging by the monstrous success of the diet industry, many people feel they need a little trick, or a new belief system, to jump-start their motivation to lose weight. Perhaps chomping on more raw, or under-cooked vegetables, isn't such a bad habit to introduce. "We do think in today's world," says Carmody, "that for people who are interested in remedying their caloric intake, they might think about switching some of their foods over to raw." Tricky in winter though, isn't it. Brrr.