Janhvi's love for food is not unknown to anyone.She has time and again spoken about the same in several interviews. 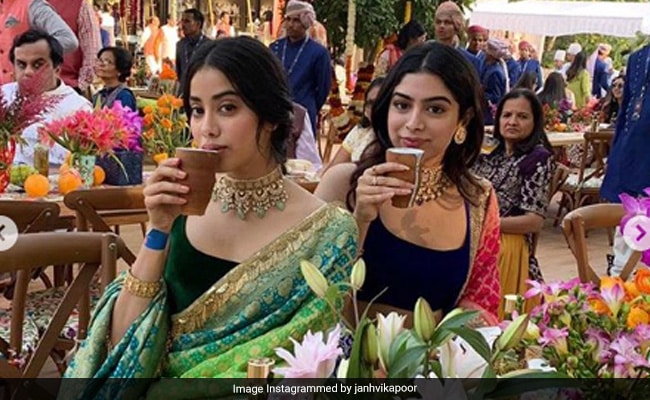 It is Biryani Day for Janhvi Kapoor and her friends. The 'Dhadak' actress recently took to her Instagram handle to post a story about her 'biryani party'. She was seen asking her friends, "Guys, what day is it", to which the latter shouted "Biryani Day". Along with the Bollywood actress and her friends, the Insta-story also had a potful of biryani and raita, which looked quite intriguing. Janhvi's love for food is not unknown to anyone. She has time and again spoken about the same in several interviews. She also keeps her fans updated with her binge-ing stories on social media. Hence, her love for biryani is quite evident.

Janhvi Kapoor is one of the fittest stars in the tinsel town. However, she is also a self-confessed foodie and leaves no stone unturned to express that. Some months ago, she visited Amritsar and posted extensively about her Punjab binge. From chugging a glass-full of lassi topped with creamy malai to indulging in sarso ka saag and makki ki roti, laccha paratha and Amritsari kulcha, she had it all.

On the work front, Janhvi will soon be seen in the biopic of Gunjan Saxena, the first Indian female air force pilot, which is slated to release early this year. She has also been roped as a lead actress in Roohi Afza, wherein she would be sharing screen space with Rajkummar Rao for the first time. The actress was also seen in 'Ghost Stories' on Netflix recently.