Your Eating Experience May Be Impacted By The Kind Of Container The Food Is Packed In; Says Study

The study states that the colour, component and how a container is made can influence the satisfaction of a consumer, when it comes to taste and appetite. 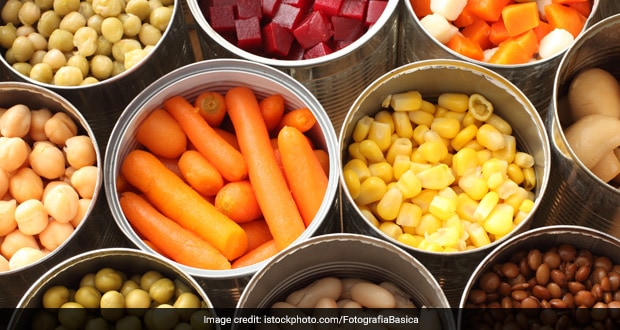 Packaging of a product, especially food product, plays a key role while picking it up from the market. Almost every one of us gets influenced by how the product looks outwardly. A recent study has proven the same. Published in the Journal of Retailing, the study stated that the colour, component and how a container is made can influence the satisfaction of a consumer, when it comes to taste and appetite. This research will not only help in making the food more appealing, but may also offer retailers a way to make the consumers' experience more enjoyable.

As per the research, strawberry-flavoured mousse tastes 10 percent sweeter when it is served in a white container, instead of a black one. Likewise, coffee tastes more intense when consumed from a white mug, instead of a clear glass one.

A report in ANI stated that Adriana Madzharov, a sensory marketing researcher and assistant professor at Stevens Institute of Technology, showed that high self-control individuals not only feel a particular food to be tastier and satisfying, but also consume it more, when they touch it directly with hands, instead of using any utensil.

The report said that in her first experiment, Madzharov had 45 undergraduate students visually inspect and evaluate a cube of Muenster cheese, hold it before eating it. They were then asked to answer questions about their eating behaviour. Half of the participants sampled a cheese cube with an appetiser pick on it and the other half sampled a cheese cube without a pick. It was found that participants evaluated the sampled food more positively when they touched it directly with their hands.

In this second experiment, Madzharov separated a new set of 145 undergraduate students into two groups. The first group was told to imagine that they had decided to be more careful with their diet and cut back on excessive eating in order to achieve their long-term objective of being fit and healthy. The second group had decided to worry less about their weight all the time and allowed themselves to indulge in tasty foods more often in order to enjoy life and experience its pleasures.

This research, for the first time, evaluated the influence of direct touch of food on people's experience eating it, which also possibly drives consumer behaviour.

(Also Read: Is Perception Of Healthy Eating Related To Food Texture? Find It Out)