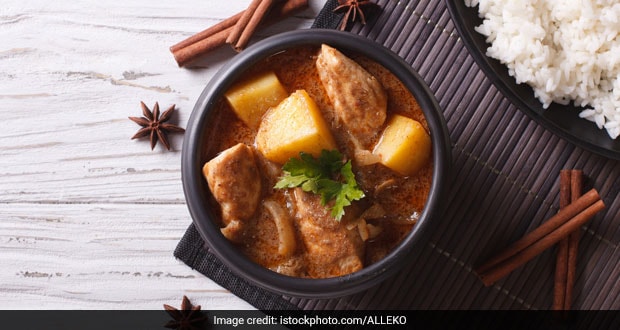 How To Make Chicken Stew

About Potato Chicken Stew Recipe | Chicken Gravy Recipes: A traditional American chicken curry recipe where the chicken chunks are parboiled along with potato cubes or other veggies until tender. Simmered in a broth of coconut milk, along with the aroma of cardamom, cloves and curry leaves. A great chicken gravy recipe to cook during winters for a casual dinner at home as a light side dish. A delicious pick to cozy up on after a long day, made from very simple ingredients and just under an hour.

Ingredients in Potato Chicken Stew Recipe: This stew is a bit different with addition of coconut milk and a soothing presence of light and aromatic spices like cloves, cinnamon and cardamoms which adds up in the taste to this winter dish. It is garnished with a tadka of curry leaves which gives a good of tinge to the final dish.

How to Make Potato Chicken Stew

You can serve this chicken stew with Appam.
The recipe video uses a different quantity of ingredients for representation. You can alter the quantity as per your need.