Weight Loss: Including Clove And Cinnamon In Green Tea May Help You Shed Extra Kilos

Taking the benefits of a cup of green tea one step ahead; here we bring you a recipe, where inclusion of cloves and cinnamon to the beverage may help to accelerate your journey towards achieving a toned belly. 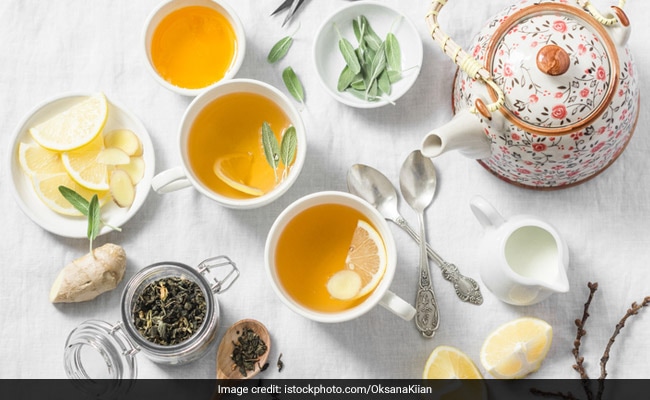 Is green tea an integral part of your everyday diet? If yes, then this article is just for you! Almost the whole world gushes about green tea and its amazing health benefits; the most popular one being promoting weight loss. This beverage (rich in antioxidants and catechins) is also dubbed as an excellent detox drink that helps to flush out the toxins, aiding better metabolism and reducing stress. According to consultant nutritionist Rupali Datta, this beverage has zero calories and tends to "fill your tummy and take you to a point of satiety thereby preventing you from binge eating fatty food." She further stated that some studies suggested, "2-3 cups of green tea per day helps you to get a flatter tummy."

Taking the benefits of a cup of green tea one step ahead; here we bring you a recipe, where inclusion of cloves and cinnamon to the beverage may help to accelerate your journey towards achieving a toned belly.

As per renowned Bengaluru-based nutritionist Anju Sood, cinnamon, commonly known as 'dal chini', helps to increase a person's metabolic rate. A good metabolism promotes weight loss. Cinnamon is rich in a compound known as chromium, which may help in keeping appetite under control that helps to ward-off weird time hunger pangs. It is also rich in several minerals, vitamins and fibres which play an important role in body's detoxification.

Also Read: 6 Reasons Why You Should Be Drinking Cinnamon Water Daily

This common kitchen spice, also known as 'laung', is rich in powerful antioxidants that help to prevent our body from the free-radical damages and strengthen our immunity. Clove contains an active compound eugenol, which helps to promote better digestion; good digestion is touted as an important part of one's weight loss journey.

Here's How You Can Add Cinnamon And Cloves To Green Tea:

Step 1. Boil 1.5 cup of water well with cloves and cinnamon. Switch off the flame.

Step 2. Add the green tea and let it infuse for 3-4 minutes.

Step 3. Strain the tea in a cup and add honey as per your taste. You may avoid honey if you want.

Green tea has zero calories and tends to fill your tummy

Experts always suggest taking a cup of green in the morning as it can boost metabolism, which is anyway the highest during that time. Hence, consider starting the day with a nice hot cup of green tea and give yourself an energy-kick to go on for the whole day. Have a nice day!