10 Foods You Should Strictly Avoid During Pregnancy

Pregnancy is the most unexceptional moment in a woman's life. Her diet plays a crucial role for the baby's well-being. Here are 10 food that are a strict no during pregnancy. 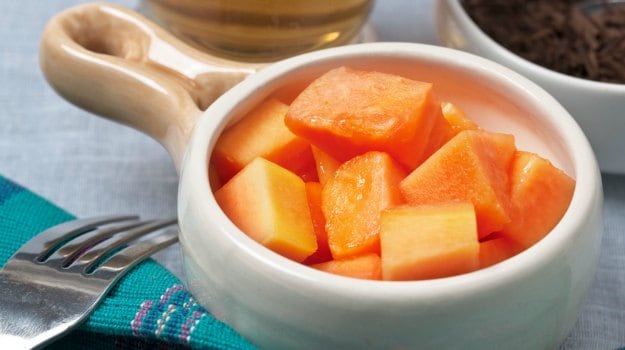 A big shout out to all the moms to be. You might just crave for all the mouth-watering dishes in the world and go bonkers about it, but controlling your taste buds for a few months and being extra careful about your diet can be beneficial for your child. Pregnancy is the most unexceptional moment in a woman's life. It is that moment when everybody is extra careful about the expecting mother specially when it comes to food. The food consumed by the mother can directly affect the health of the child.

According to a health practitioner and macrobiotic nutritionist, Dr Shilpa Arora, "All kind of packaged and adulterated food items should be avoided during pregnancy. Intake of iron rich products is good for the health. Seasonal and dark coloured fruits like jamun are proved to be healthy for both the mother and child."

Large fish contain high level of mercury which is harmful for infants or young children. It can cause damage to the brain and the nervous system. Pregnant women are strictly advised to avoid the intake of large fish like tuna, shark, swordfish, walleye, marlin and so forth. Canned tuna is said to contain low level of mercury as compared to the other tuna but can be consumed in limit.

Fish are rich in Omega 3 fatty acids, if incase you cannot do without it, you can go for clean, fresh water ones which contain low amount of mercury like shrimp, salmon, tilapia, etc. However, under cooked food like sushi should be avoided.

(Also read: Pregnancy Diet: Should You Really Eat For Two?)

Under cooked food like sushi should be avoided; Image credit: Istock

Eggplant or brinjal is a common food eaten in almost all Indian households. It is considered to be fundamental in treating amenorrhoea and premenstrual disorder. Consequently, on this premise it is advisable not to consume brinjal amid pregnancy. However, having them in little amounts once in a while should not pose an issue.

3. Unpasteurized Milk and its Products

Milk should be slightly boiled before consuming as it kills germs and prevents disease causing microbes which can be harmful for the growth of the baby. Milk is definitely important but it should be pasteurised.

Dry sesame seeds were earlier used as a medicine for causing abortion. Sesame seeds stimulate the uterine muscle thus causing an expulsion of the fertilized ovum. It is advisable to avoid it during the first three to four crucial months of pregnancy. Whereas dry nuts such as almonds, raisins, walnut, groundnut etc are safe to consume in moderation.

Papaya is said to stimulate an abortion hence is proved very dangerous to consume during pregnancy. Raw and unripe papaya contains a substance called latex, which causes uterine contractions. Papain and pepsin contents in papaya restricts fetal growth. It is advised by the nutritionists and experts to strictly avoid unripe papaya during pregnancy.

Ajinomoto is used extensively in street food and is now widely used as an ingredient in households too. It is mostly used in Chinese food preparation, which is a preferred cuisine of the people of India but it is not very beneficial healthwise. Ajinomoto can majorly affect the development of the brain in the fetus. Hence, it is advised to avoid its consumption to a large extent to protect the growth of the baby.

Pineapple contains an compound called bromelain, which can cause softening of the cervix leading to unsuccessful labour to miscarriage. It is believed that pineapple can get your body heated up rapidly which can cause abortion or premature birth. Nonetheless, having in small quantities is safe during pregnancy.

You can use small quantity of these ingredients for taste but eating it consistently in large amount is a big no-no. These seeds contain high measures of phytoestrogens, which fortifies the compression of the uterine. It helps to purify the uterus, boost milk production and furthermore have the potential to stimulate menstruation.

Attempt and maintain a strategic distance from items made of refined flour like bread, noodles, pasta, pita, cookies, pizza, etc. Likewise, maintain distance from packaged and ready made food items like pickles, sauces, chutneys as they have preservatives and chemicals to build their time span of usability which can harm the growing baby.

Pregnant women should keep away from grapes particularly amid the last phases of conception as they additionally are found to hike up your body temperature prompting undesirable complexities. Grapes also contain a compound called Resveratrol that can pose numerous difficulties by imbalancing the hormones of a pregnant lady. Over usage of grapes has additionally been connected to stomach related problems and difficulties.

It is difficult to keep your hands off from these delightful delicacies but avoiding the above mentioned list of food items will help you enjoy a safe pregnancy. Evading these food items through your journey of pregnancy will help you and your baby stay fit and healthy.