Banished Ghee and Mustard Oil From Your Pantry? Experts Aren't Too Happy 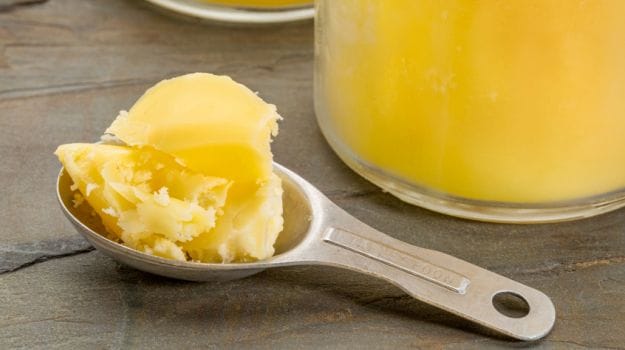 Highlights
Many of us go out of our way to try and eat healthy to maintain a fit body. While salads top the list, along with other health-friendly cooking techniques such as stir frying, steaming or pressure cooking, we often ignore the most important component of cooking - the oil itself. If choosing the perfect fitness plan demands much prodding from your side, health experts suggest you spend an extra minute before hastily picking up your regular cooking oil.

There exists a wide range of cooking oils that have been given a green signal from nutritionists and health experts. As these get a healthy-for-you stamp, one thing which should be kept in mind is the idea of "excess is always bad". From rice bran oil, sesame, oil, olive oil, extra virgin olive oil, coconut oil, mustard oil, sunflower oil, canola oil and many others - options are aplenty. In such a situation, which one out of these many 'healthy' oils should you embrace in your regular cooking?

As Indian cooking and diet differs from the West, experts believe the cooking oil should also be chosen with respect the cooking style and diet. Though many urban households have now switched to sautéing, frying using sunflower oil or olive oil, experts still vouch for the efficacy of traditional cooking oils, especially when it comes to deep-frying. So, for those of you who have shunned ghee completely from your kitchens, you might just want to revisit your decision.

The observations have been made in an editorial in the Indian Heart Journal (IHJ), the official peer reviewed open access journal of Cardiological Society of India (CSI). Public Health Nutrition Consultant, Santosh Jain Passi said that it is advisable to limit use of refined oils, since during the refining process oils are heated as high temperatures resulting in their degradation and generation of toxic substances.

While coconut oil is still one of the widely consumed and best loved cooking oils in South India, in North India as well as other parts of the country ghee and mustard oil have ruled the kitchen until recently. Not only do these render special aroma and texture to your food, these are also essential to create a balance in the food and facilitate good health according to Ayurveda.

"Refined oils degrade easily and therefore, should be avoided for frying. On the contrary, oils high in saturated fats (like ghee/coconut oil) can be used for Indian cooking, as they are comparatively stable during frying," Dr.Manchanda added.