The classic masala dosa has a separate fanbase. Here's how to make potato poriyal for stuffing the masala dosa! 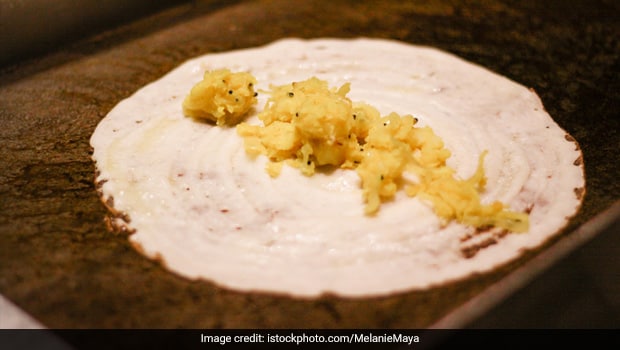 Indian cooking tips: The masala potato is the essence of the iconic masala dosa

Dosa is one of the most popular Indian breakfast dishes out there. The thin and crispy rice batter crepe-like dish is enjoyed with piping hot sambhar (sour and spicy vegetable lentil curry) and coconut and coriander chutneys. The dish really needs no introduction as it has made South Indian cuisine shine on the global stage. According to some records, the dish was invented in the town of Udupi in Karnataka, but another popular belief traces the invention of the dosa to the state of Tamil Nadu. It is also said that the original dosa was much thicker and fluffier than the current avatar of the dish, which has a thin and crispy, almost porous texture. Dosa has taken on many forms as it has captured the hearts of food lovers around the country.

Cheese and even schezuan versions of dosas have started making appearances on the menus of restaurants across India. But the classic masala dosa has a separate fanbase. The iconic dish is made by spreading the fermented dosa batter on large lightly-oiled griddles in perfect rounds and then placing a spicy and flavourful cooked potato bhaji in the middle, before folding it into neat cylindrical rolls. It's the delicious bhaji that makes the masala dosa such a crowd favourite. The bhaji is known as potato palya (Kannada) or potato poriyal (Tamil).

The word 'palya' refers to fried or often vegetable. The term can be used to refer to any sautéed vegetable that is cooked with a mix of chana dal and urad dal and is spiced with curry leaves, mustard seeds and green chillies. You can have the potato poriyal or palya as a standalone dish or you can put it in a dosa and enjoy it as masala dosa. A popular version of palya involves boiling potatoes with peas and then mashing the potatoes to a creamy paste-like consistency. The tempering of urad and chana dal, along with mustard seeds, and optionally cashew nuts, onions and green chillies is then added to the potato mash, making a delicious potato masala.

Click here for the full recipe of the potato palya to add it to masala dosa or for a stellar standalone breakfast dish.