Watch the recipe video of protein-rich chicken fried bites here and keep this recipe handy for all those times you crave Chinese-style chicken. 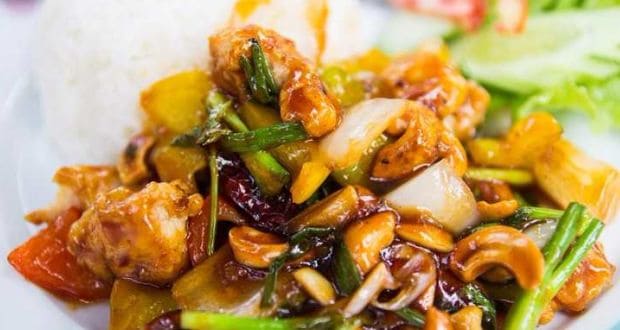 This fried chicken is rich in proteins and is perfect for keto diet.

If you love Indo-Chinese chilli chicken, you'll definitely love this fried chicken snack. This recipe replicates the popular General Tso Chicken, which is a common menu item in most of the American-Chinese restaurants, worldwide. General Tso's chicken is a deep-fried, slightly sweet chicken dish, which gets its name from Tso Tsung-t'ang, a 90s Qing dynasty military leader from the province of Hunan. Chefs all over the world have come up with their own versions of General Tso chicken and all of them are equally delicious. We combed through most of them and dug out this amazing recipe that gives a keto spin to the legendary General Tso chicken.

Chicken is an invaluable source of proteins; and that's why it is always the top choice of dieters, especially those on a keto diet. The low-carb, protein-rich chicken can be fashioned into innumerable dishes that are tasty, and this one is no different. The recipe video was shared by chef Sahil Makhija on his YouTube channel 'Headbanger's Kitchen'.

Making this keto fried chicken snack is super easy. Cut chicken thighs into bite-sized pieces and marinate them with vinegar, sesame oil, baking powder, egg, salt and pepper. Fry these chicken bites and dunk them in thick syrup made with ginger, garlic, chillies and spring onions cooked in any keto-approved fat. You can avoid the fat if you are not on a keto diet and use your regular cooking oil instead.

Watch the recipe video of protein-rich chicken fried bites here and keep this recipe handy for all those times you crave Chinese-style chicken.

(Also Read: How To Make Keto-Friendly Chilli Chicken At Home; Recipe Video Inside)