Legendary Parsi Dairy Farm in Mumbai Heading Towards Its Decline? 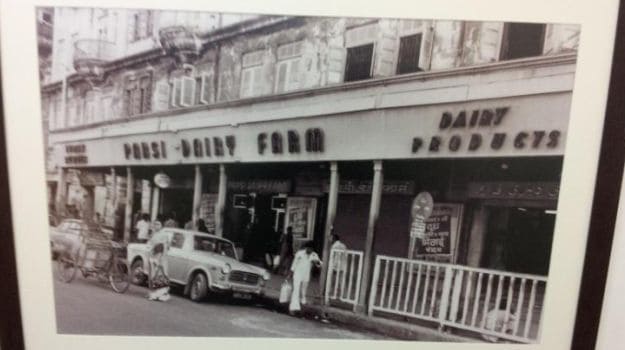 A leading newspaper reported that the iconic Parsi Dairy Farm at Marine Lines may shut shop, just shy of its 100-year anniversary. Started in 1916 by Parsi entrepreneur Nariman Ardeshir, it has supplied fresh milk and milk products to thousands of homes in South Mumbai. Rumour has it that most kulfis served in eateries across the city are supplied by Parsi Dairy Farm.

The news stems from reports of the Nariman family selling its 300-acre land on National Highway 8. This agricultural land has been used through the years to support the family’s dairy businesses. This outright sale suggests a step towards the impending closure of the business, the daily reported, though the family maintains that the same shall not be the case.

This news has created a furor in social media with people going all nostalgic and lamenting that the good-old-days are all but over.

@pmahesh That will not just be the end of an institution but end of an era. Parsis can't allow their heritage to die.#Mumbai#ParsiDairyFarm


(225 Year Old Legendary Sweetshop Ghantewala Shuts Down)However, one needs to question why these iconic eateries, which truly are institutions in themselves, are slowly fading away. The recent news about Ghantewala closing down in Delhi or Samovar in Mumbai had similar reactions. But the truth of the matter is that though they play a great role in recreating nostalgia, how often does one truly go and visit them? On hearing these recent reports, the Parsi community is said to have felt a deep sense of loss as this, as well as similar institutions, are an integral part of their heritage.

Listen to the latest songs, only on JioSaavn.com
(A Walk Down Memory Lane: Country's Famous Pre-Independence Eateries)

People who are crying about Parsi Dairy Farm shutting, how many of us ate there in the recent past?And helped contribute to keeping it open?

@NDTVFood Honestly, it's quite heart-breaking. Parsi Dairy Farm is an essential part of the rich cultural heritage of this loving community.

@NDTVFood a huge loss! Their mithu dahi n Mawa Ni boi is legendary. Not to mention their milk that all Bawa babies r given when weaning off.

The consumer of today is surrounded with options galore. Take milk for example. One can choose organic milk, cow’s milk, milk in cartons, flavoured milk, etc. Gone are the days when one would travel across the city to their favourite supplier for something as routine as dairy products. One can now have similar produce home delivered. This leaves the legends as just that.. and as tourist attractions on food walks.

Nostalgia aside, businesses run and survive on top-line growth. The dairy in its heydays would reportedly supply 15,000 litres of milk. This number has now dwindled down to 2,000 litres. In a cut-throat food and beverage industry, if consumer interest is not backed by consumer demand, one may see many such food institutions not being able to keep up with competition and slowly fade away.

Comments(Old Monk Fans Can Sit Back and Relax, Their Favourite Brand is Going Nowhere)