Your Love for Potatoes or French Fries Can't Hurt You, Right? 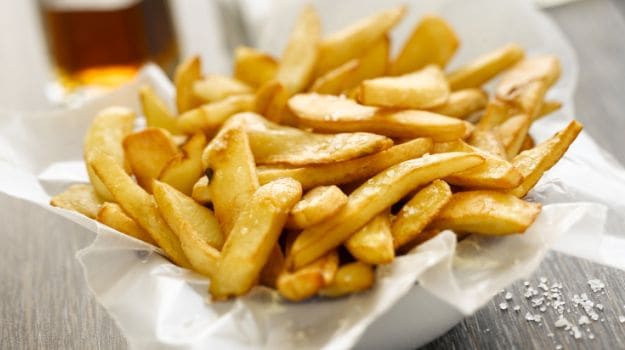 Highlights
The most favourite of all vegetables, potato is a primary feature in a number of cuisines across the globe, where it is lovingly used to dish out curries, pies, salads, snacks and other delicacies. But among all, the most famous creation of potato that is hard to resist digging into is French Fries. The crispy outer with the melt-in-the mouth inner brings about a delectable play on textures, which makes it a perfect accompaniment to meaty burgers and cheesy sandwiches, or sprinkle it with a mix of spices and it transforms into the ultimate snack option.

But, as much as we love this heavenly treat, too much of it can also be the cause of several health worries. Like they say, moderation is always the key. According to a new study, if you love to binge on potatoes and French fries, you may be at an increased risk of developing high blood pressure.

Potatoes are one of the world's most commonly consumed foods, which has a high source of potassium. In addition, potatoes have a high glycemic index compared to other vegetables, thus it can also trigger a sharp rise in blood sugar levels.

"In the study, participants who did not have high blood pressure at baseline, and consumed four or more servings a week of potatoes (boiled, baked or mashed) later had a higher risk of developing hypertension compared to those who consumed one or less than one serving a month," said lead author Lea Borgi, physician at Brigham and Women's Hospital in the US.

Replacing one serving a day of boiled, baked, or mashed potatoes with one serving of a non-starchy vegetable can lower the risk of developing hypertension, the researchers suggested.

Promoted
Listen to the latest songs, only on JioSaavn.com
For the study, published online in The British Medical Journal, the team followed over 187,000 men and women from three large US studies for more than 20 years. Dietary intake, including frequency of potato consumption, was assessed using a questionnaire.

The results "have potentially important public health ramifications, as they do not support a potential benefit from the inclusion of potatoes as vegetables in government food programs but instead support a harmful effect that is consistent with adverse effects of high carbohydrate intakes seen in controlled feeding studies," the researchers concluded.

CommentsSo next time you order a plate of French fries, it would be wise of you to keep a count.