How Watchful has the Watchdog Been? Former Officials Speak Up On FSSAI 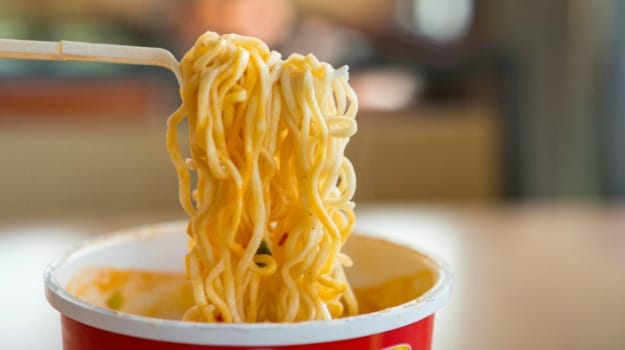 The Food Safety and Standards Association of India is a regulatory body entrusted with the responsibility of formulating rules and standards for food products that are processed, packaged and sold across the nation. It is vested with the power to crack its whip on any product that may jeopardize human health - with respect to food consumption. The aftermath of Maggi noodles controversy led to the national food security watchdog to tighten its grip and magnify its lens further on the processed food industry. As far as the consumer is concerned, most of us now look at those glossy packs of processed food items with increased skepticism.

(The Next Agenda: FSSAI to Regulate Fat, Sugar and Salt Content in Indian Food Products)

A few former FSSAI officials recently broke their silence on the existing loopholes in the national food regulatory body. It brought to light the world that remains on the other side, hidden behind the closed chambers of FSSAI.

The Food Safety and Standards Act came into force close to a decade back in the year 2006. In his opinion piece published in a leading newspaper, Mr. P Survathan, the first chairperson of FSSAI noted that "the intent of this law was to bring all food related statuses together, introduce scientific risk assessment methodologies and transparency in the determination of food standards, and tackle the problem of food contamination before the contamination actually took place."

But, how is any regulatory body supposed to function when it experiences the absence of a kingpin?  Reportedly, FSSAI has had no full-time chairperson since almost half a year now. Mr. Survathan also highlighted the fact that the staff strength at FSSAI is facing a constant depletion with an acute shortage of people with risk assessment skills.

Mr. Survathan brought to light the fact that there are over "one lakh food safety related cases pending in courts." The regulating body is yet to make up its mind on some crucial regulations involving "food labeling, functional foods, school meals regulations, water quality," and others. The objective of any regulatory body is not just to punish the breach of law, but also to undertake measures and make sure the execution of these happen in such a way so as to avoid any breaching.

And why is it so?

"Even an advanced country like the US is able to inspect only 1% of the total food produced in the country," added Mr. Survathan. Determination of food standards and its regulation is not a simple task. A staff with little understanding of complex issues associated with food standards, regulation as well as security and "no risk assessments" leads to a lack of single "documentary basis for regulatory decisions." "No reasons are given for approvals, approvals are often contradictory, and there is no procedure for appeals or time limits for clearance," noted Mr. Survathan.

This takes us to what Mr. Pradeep Chakravarty - former director, Product Approval Committee, FSSAI - had to say about the practice of granting clearances and approvals by FSSAI. While Mr. Survathan stresses on the lack of an efficient staff at FSSAI, Mr. Chakravarty revealed an apparent reason behind this - alleged corporate lobbying.

And it all turns grim

Mr. Chakravarty has moved to the Delhi High Court with his PIL (Public Interest Litigation) against the alleged rampant corporate lobbying existing within FSSAI. His petition states that multinationals are often benefitted from food security regulations and norms. Mr. Survathan's claims resonate with Mr. Chakravarty's when the latter noted the presence of non-technical personnel holding some of the key offices within the organisation. Chakravarty's petition also talks about his role in denying clearance to the marketing of a US manufactured energy drink. According to him, clearance was denied on grounds of the energy drink containing more caffeine than the Indian permissible limit.

In July 2013 Mr. Chakravarty was removed from his office and this February he was moved out of FSSAI. He is also facing a 'retaliatory probe' issued against him for the same. Not only this, he also admits his succeeding official allowing the imports of the same US manufactured energy drink in October, 2013 - without even having the scientific panel review the application.

FSSAI banned the sale of three energy drinks in May this year. These included Monster, Tzinga and Cloud9. Apart from these, a few products from Tata Starbucks were also rejected. FSSAI had issued a list of close to 500 rejected products as of 30 April 2015. According to a PTI report, the brands that made to the list included Kellogg India's 'special K Red berries', some of Venky's chicken products, Ranbaxy's Revital Capsule, Revital Senior tablets and Revital Women Tablets, McCain's 'Battered Pepper and Cheese Bites' and others. Past few weeks also saw Knorr and Top Ramen withdrawing their noodles from the market.

It seems as if the Centre, FSSAI and everyone else now has their eyes all fixed on the food space, with an aim to crack the whip on any mishaps in the food industry. Last week there were multiple reports on how FSSAI is looking at formulating new caffeine standards as well as fixing limits of melamine in milk and milk related products. According to a PTI report, "the Food Safety and Standards Authority of India (FSSAI) has proposed imposing a permissible limit of 1 mg of melamine in every kg of powdered infant formula, 0.15 mg per kg in liquid infant formula and 2.5 mg per kg in other foods, " which is also the prescribed global limit by the World Health Organisation..

In the wake of safety concerns raised over processed food products, there is an outpour of PILs being filed and the central as well as the state food regulatory bodies taking much a aggressive stance on the issue of food safety. A Parliamentary panel was scheduled to discuss regulation of toxic contents in packaged food on July 10th.

This increased focus on adherence by food and beverage companies is good news for the consumer. In the words of Mr. Survathan, "The food safety regulator is in danger of drifting back to the obsolete and unscientific procedures have governed food safety regulation in the country. When decisions are not backed by science and due diligence, the regulator runs the risk of being rendered irrelevant to the needs of a fast changing economy and society."

And, as far as the alleged issue of corporate lobbying goes, nothing stirs there as for now. Mr. Chakravarty along with two former FSSAI directors has already written to the Union minister of Health and Family Welfare Mr. JP Nadda regarding the matter and further action is awaited.