Uses of Lemon or Lime: What's the Difference? 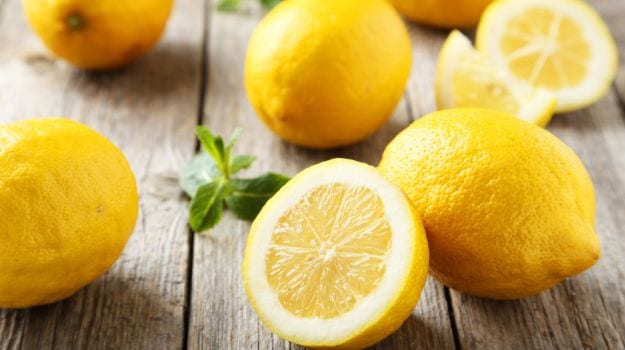 Every “foodie” worth his salt will not tire of telling you how in India what we have is really the lime and not lemon. But the history of lime/lemon, its provenance and indeed its nomenclature is much more complicated than that.

The lemon actually originated in the Subcontinent. In Assam and in the gardens of Burma, from where it travelled far and wide, to Egypt and the Arab world, which, in turn were responsible for popularising it in Europe. The Mediterranean, which is now so inextricably associated with the lemon — think of the beautiful Amalfi coast in Italy with its scented lemon gardens – only got acquainted with the fruit as late as the 10th century, with the ushering in of the Islamic period.

The Roman period that lays some claim to the lemon before that knew only of the citron — a round, fleshy fruit with a thick rind and little juice. Though of course the lemon itself is a cross between the citron and the orange.

In India, lemon and lime are interchangeable. Both go under the common name of nimbu in northern India (where the small lime we use is the Arabic variety, usually). “Nimbu” may have become the Persian līmūn (cognate), from where the word for the fruit – “limone” or “lemon” really comes. So, you see, there isn’t that much of a difference between a lime and lemon, after all, snobs be damned.

Lemon & Its Many Varieties

The lemon, in any case is a fruit much given to hybridisation. And that is why we have so many varieties of limes/lemons all around the world.

India’s claim to fame in this world of nimbu is, of course, the Rangpur lime. Except that the Rangpur variety — fragrant, large, oval, named after the Bangladesh town — is more likely to be used in California (where it was cloned) than in the Subcontinent.

There are exceptions though. It has been claimed by some that the Bengali Gondhoraj is actually the Rangpur lime, given the beautiful name “Gondhoraj”— king of fragrances —by Bengali epicures. Regardless, lemon by any other name would just be as fragrant. It is fitting that modern Indian gastronomy and chefs are now increasingly discovering this lime, in everything from sorbets to curries. If the Thai Kaffir lime adds such fragrance to almost anything you cook it in, so does Gondhoraj.

In fact, the Rangpur is perhaps also the same as what is known as the Canton lime in southern China!
In India though the most popular variety of lime cultivated and used is the acid/Mexican lime or kargzi. It has several sub varieties growing far and wide from Andhra Pradesh to Rajasthan and Bihar. The Tahiti lime or Persian lime on the other hand also originated in northwest India. This is small, bright, and juicy.

If Asian cuisines widely use lime and lime leaves to flavour curries and meats and make these more aromatic, European cuisines invariably use the zest. And it is here that the difference between lime and lemon begins to come into play. Lemon zest is entirely different from the tart, thin skins of the limes that we know usually.

In Italy, in Sorrento, I came across lemons being sold at the beautiful bends in the mountainous road, offering not just fresh juice but also a bite of the fruit to passersby. In fact, the lemon and chilli that we use to ward off the evil eye seemed to be replicated there as well, with small shops hanging strings of these from their fronts.

But the point about the Sorrento lemons is that not only are they immensely fragrant but also not too tart. You could in fact bite into the skin if you do not mind a touch of the bitter and eat an entire lemon. The Sorrento lemon, rightfully called Femminello St Teresa, goes into the Limoncello. Lemon zest, or peels without the pith, is steeped in rectified spirit until the oil is released. The resulting yellow liquid is then mixed with simple syrup. You can’t make a true Limoncello without the Sorrento lemon, which is now a geographically protected entity.

The Limoncello has gone on from being a popular after-meal digestive in Italy to a trendy liqueur, used by many chefs to spike recipes thanks to the fragrance and freshness of the lemon, which cuts through the sweetness of desserts and fattiness of meats, equally and also lends itself to cocktails.

But it is really the lemonade that has to be the most popular drink ever. Like the lemon, the history of the lemonade also has its roots in the east. In medieval Egypt, kashkab was a drink made of fermented barley, mint, black pepper and citron leaf. There are also records from the Cairo medieval Jewish community (from the tenth through thirteenth centuries) that bottles of lemon juice, qatarmizat, were made with lots of sugar and consumed locally and exported. In fact, there was a brisk trade in lemon juice to other regions of the Mediterranean.

Did this tradition of lemon drinks come from India? Nimbu paani, spiked with cumin, and sherbet made of lime are both firmly entrenched in northern India’s culinary traditions and both seem to have come with the Arab/Persian/Turkish influence in medieval India. Or, similar traditions may have developed simultaneously, who is to say?

Promoted
Listen to the latest songs, only on JioSaavn.com
What is clear though is that much before we started recognising the benefits of Vitamin C and folate in lime/lemon, Ayurveda had already taken cognisance. Lime juice is recommended in Ayurveda to improve the appetite, help digestion and mineral absorption, for heartburn and nausea, to relieve high blood pressure and prevent high cholesterol as well. What can be better than add a lemon/lime to your diet?