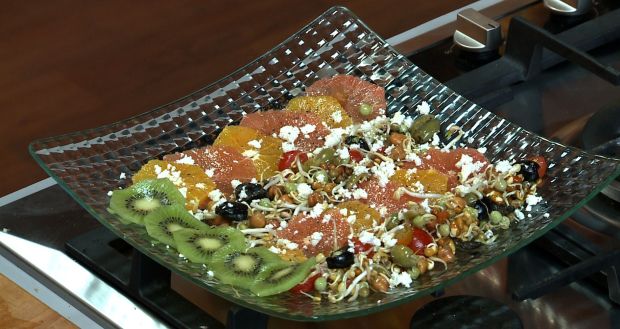 How to make Sproutamin Salad

Sproutamin Salad Recipe: It couldn't get easier and healthier than this. Sprouts and fruits come together to make a good-for-you salad. Prepare this for a light breakfast or a mid-day meal and enjoy in a guilt-free way!

How to Make Sproutamin Salad

HideShow Media
1.
In a bowl add all the beans, olives and cherry tomatoes.
2.
Mix well.
3.
Season it with salt, pepper and olive oil.
4.
Arrange fruits and sprouts in alternate rows of two's and sprinkle with feta cheese.