Andhra Pradesh is known for its traditionally spicy local cuisines. The inevitable use of a variety of indigenous spices and homemade spice mix makes it unique.Here are eight exciting Andhra snacks to pair with a hot cup of tea. 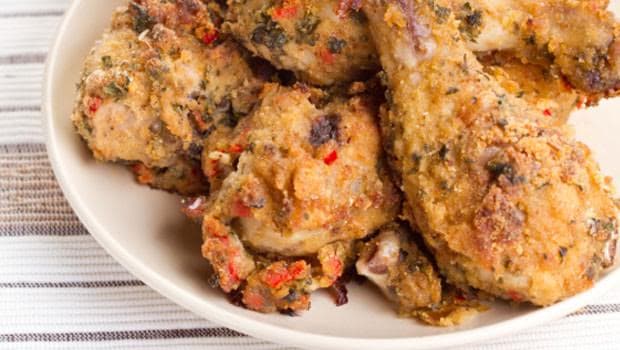 Highlights
Andhra Pradesh is known for its traditionally spicy local cuisines. The inevitable use of a variety of indigenous spices and homemade spice mix makes it unique. Think Andhra Pradesh and you are instantly reminded of the delicious Nizami marvels. Besides its meaty curries, salans and biryani, it is also famous for its snacks. Snack-time is probably the best and you can make it better by trying something new. This monsoon, treat your palates with amazing monsoon snacks from Andhra Pradesh. The rainy season calls for a treat and we have enlisted these special traditional snack recipes just for you. Here are eight exciting Andhra snacks to pair with a hot cup of tea. Dig in.

Pesarattu is a dosa like preparation native to Andhra Pradesh. It is made with green gram and is eaten as a snack or a breakfast meal. It is generally served with coconut chutney or chili-tomato chutney. All you need to do is to soak pesalu or green gram in water and make a smooth paste adding a couple of green chilies and some spices in it. The mixture is allowed to sit for a while. Spread out round Pesarattus on a pan on over low flame and serve hot with your favourite chutneys.

(Also Read: 5 Interesting Snacks For Monsoon That You Can Prepare in Just 30 Minutes)

Mirapakaya Bajji is a Telugu word that translates to mirchi fritters and it is a famous snack in Andhra Pradesh. The mirchi is stuffed with tamarind pulp, salt and spices that include chaat masala, cumin seed powder or a special Andhra masala. These bajjis are served hot with nutty peanut chutney, coriander chutney or coconut chutney. The mirchis chosen for the bajjis are nothing like the green chilies that are generally enjoyed, but are long, thick and slightly spicy.

Traditional snacks in Andhra Pradesh: Mirapakaya Bajji is a Telugu word that translates to mirchi fritters

Chakodi is a hot and crunchy snack from Andhra Pradesh that is made with rice flour batter, moong dal, red chili powder, cumin seeds and sesame seeds. This traditional snack is savoured during festivals, especially during Diwali and Dusshera. It is also believed that Lord Krishna liked foods which were prepared using rice flour. Therefore, people also prepare chakodi, which is also made using rice flour, on Janmashtmi every year.

Traditional Snacks in Andhra Pradehs: This traditional snack is savoured during festivals

Paalakaayalu, a tiny and crunchy ball, is an Andhra savoury made with rice flour and the right amount of seasonings. It can be nibbled on in the evening with a hot cup of tea. It is made with rice flour, freshly grated coconut, chili powder, salt and a dash of hing. These little crunchy balls are also prepared during Janmashtmi celebrations.

(Also Read: 6 Reasons Why Bhutta Makes for an Amazing Snack This Monsoon!)

Punugulu or Punukkulu is a common street food available across the state. It is a deep fried snack made with rice, irad dal and other spices. It is often served with peanut chutney called Palli chutney or traditional coconut chutney also called as verusanaga or kandhi pachadi made with toor dal. Punugulu is made with the same rice and urad dal batter used for dosa and idli, the difference lies in the addition of mild spices.

Medu Vada is a traditional Andhra snack that is commonly prepared at home. It is made using black lentils or urad dal batter and is deep fried. The vada is savoured hot with sambhar and coconut chutney making it irresistible.

Traditional snacks in Andhra Pradesh: The vada is savoured hot with sambhar and coconut chutney making it irresistible.

Uppindi or Uppudu Pindi is one of the most comforting Andhra snacks. It somewhat similar to an Upma but is made with raw rice rava (coarsely ground) along with moong dal, mustard seeds, urad dal, chana dal and red chilies. Uppindi is generally prepared in a thick bottomed utensil and is slow-cooked for a longer period of time. It is generally enjoyed with tangy pickles.

These mouthwatering snacks are bound to leave you asking for more. Go ahead and try these amazing Andhra snacks or simply make them at home!