History of Masala Chai: A Quick Dive Into The Origins of India's Favourite Drink 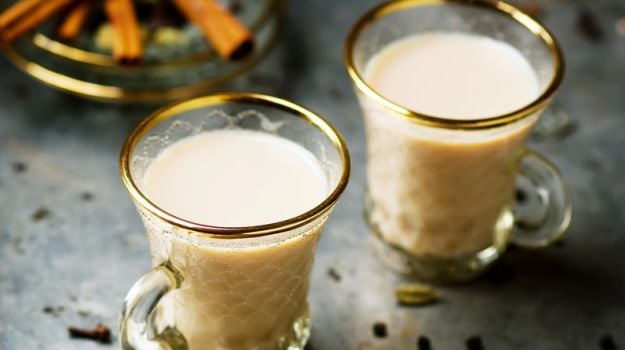 Chai. The word itself is set to soothe millions of you who thrive on this all-season beverage. Add to it some aromatic spices and you are sorted for the day. But did you know that until the 19th century tea, as you consume it today, was not as popular or even enjoyed in the way we do today? The Masala chai as we see it today, has undergone a world of a difference in the 5000 years of Indian and South-East Asian civilization. The earliest variant closest to masala chai can be seen in the humble origins of the traditional Kadha, which was mostly used for its medicinal purposes in Ayurveda, and is a huge contrast to the tea we drink today. In those times every edible herb or spice could be brewed and consumed, but at that time the beverage was not only devoid of milk but also of tea leaves.

On the other hand, couple of legends are associated in the popularization of the consumption of leaves in India and South-east Asia. A story says, that a Buddhist monk on his way to China, chewed on few wild leaves and was imbued with a revived sense of energy

It is also believed that the brewed concoction was a brain child of ancient King Harshvardhana, who developed it to remain alert through the long courtly affairs. In the reign of Ahom King too, Laal Chaa, made of wild tea leaves of Assam was served as a welcome drink.

Addition of milkSo when did this spiced concoction met its much loved companion -  milk?

Tea experts and historians say, that the development happened much later, by travelers and traders mostly hailing from Bengal and Gujarat, who had a better access to spices and good quality milk. The spices were added to give milk a flavor, this concoction was more of a post 11 o clock breakfast drink, but with the British popularization of the beverage, it soon became the go-to drink. Back in the early 1900’s when the Indian Tea Association was promoting Indian tea consumption with full fervor, the tea leaves were the most expensive ingredient in the beverage (vendors often used the left over tea leaves as it was cheaper). Therefore, to make their beverage more flavorful and to be able to use the left over tea leaves, vendors started combining milk sugar and spices to give their beverage the much needed flavor, while keeping the costs down. Thus the popularity of both chai and masala chai grew.

The coming up of Crush, Tear, Curl(CTC) Tea production in 1960’s further pushed the popularity  of masala tea and tea in general amongst the Indian masses. The tea worked as an excellently strong foil to masala chai’s sweet, creamy and spicy flavours. CTC still remains a staple masala tea variant in India.

This brings us to the huge role played by the British in the development of the much adored masala tea. British were hooked to tea which was still under the Chinese monopoly until the 1830’s, when the demand exceeded and the Chinese raised their prices, the British knew it was time to shift gears. The colonist recently tapped the potential in the Assam tea gardens, and started the tea cultivation in full throttle after the establishment of the tea plantation in 1832. In fact tea exports from India, at one point brought British the maximum revenue alongside indigo, spices and herbs.

But in India itself, the consumption of ‘chai’ as we see today was still low. In came the massive promotional overdrive carefully devised by the British to capitalize on the produce. The (British Owned) Indian Tea Association in the early twentieth century encouraged factory, textiles mills and mines to introduce tea breaks for their workers, where they sold the tea in cheap prices, the addictive quality of the tea did rest of the job in making it the popular beverage. In railway stations too, the Chaiwallas made the beverage and sold them in massive numbers in clay pots(Kullhars). Soon the stations were lined with multiple chaiwallahs providing respite to the worn-out travelers with their chai. Chai shops became the new hangout spots where the men met and discussed their daily affairs and socialize.

Spices that make up our Masala Chai

The brewed concoction uses different proportions of warming spices. Traditionally the masala chai uses a spice mixture using a base of ground ginger, and green cardamom pods. To this base of mixture other spices are added like cinnamon, star anise, fennel seeds, peppercorn, nutmeg and cloves.  The cardamom plays a significant role in most of the masala chai, supplemented by other spices like cloves, ginger, or black pepper; the latter two are added to induce heat to the flavor.

However the compositions of spices differ from region to region, like in western India cloves and black peppers are avoided. In Kashmir, grean tea is used in place of black tea, including a more subtle blend of flavourings in almonds, cardamom, saffron, cloves and cinnamon. In Bhopal a pinch of salt is also added to the tea.

Masala chai which has also taken the western world by storm uses allspice in replacement or as a complement to the cinnamon and clove in its western counterpart. In the west, the beverage is commonly known as the Masala tea or Chai tea.

Thus, by blending some milk and sugar to the Tea traditions emerging from both Ayurveda and British intervention, our much adored Masala chai saw the light of the day

Here’s a quick video for you to make the chai masala mix at home.

Recipe:
- Roast equal quantities of cloves, cardamom, cinnamon, and star anise.
- Grind the Ingredients together
-Take the mixture out in a bowl
- Add the mixture to your Chai on boil along with milk

Listen to the latest songs, only on JioSaavn.com
Sip and rejuvenate.