Olden And Golden Dishes From The Fabled Kitchens Of India

In the spirit of revisiting some of our heritage flavours, here's a list of some of signature dishes that are worth enjoying even today. 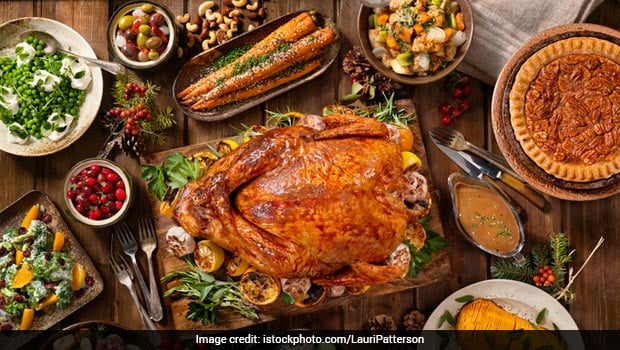 Highlights
India has always been known for its diverse culture, vibrant festivals, ancient traditions and artistic heritage. But, what India is also known for, is its exotic culinary creations. Being one of the oldest dynasties of the world, India offers a wide range of cuisines and drinks to offer. Some were created on this golden land, whereas others were brought to India from foreign shores and evolved further to become a part of its own culinary heritage. History tells us that many maharajas, sultans, shahs, kings and queens tried to conquer and rule India, in the process bringing with them a culinary diversity second to none. Take for instance the history of tea, or the kebabs we all love. Did you know that tea was first introduced by British and a version of your favourite kebabs were brought by Afghans even before the Mughals came? Kebabs in the pre-Mughal era were not made of fine minced meat, they were rustic and chunkier and were char-grilled in huge tandoors. When the Mughals came, kebabs were re-invented as a more sophisticated dish - soft and moist - these were a much richer version with a dash of spices and even dry fruits. There were many ingredient replacements too - cilantro (or dhaniya) replaced parsley, chili powder substituted for paprika and chicken took over from duck. In the spirit of revisiting some of our heritage flavours, here's a list of some of signature dishes that are worth tasting and enjoying even today.

1. Shufta Kanaguchhi
Shufta Kanaguchhi is a long-lost dish from Kashmir that tells us a lot about the history and culture of the place. The key ingredient of this exotic dish is Guchhi Mushrooms, which are a rare form of wild mushrooms found in Kashmir. Since these mushrooms are unique in nature they are not easily available, hence are quite expensive too. No wonder that this dish is dubbed as a 'rich man's dessert.' Shufta Kanaguchhi is one of the most delightful dishes of India; however, it is now fading away from our Indian kitchens.

The key ingredient of this exotic dish is Guchhi Mushrooms​.

2. Murgh Zameen Doz
Murgh Zamin Doz literally means 'inside earth' in Urdu. As the name suggests, the dish is actually cooked inside an earthen pot, sealed with mud to ensure that the chicken is sealed inside. Interesting enough, right? You can say that it was an early version of tandoori chicken. This exotic dish was first prepared during the Mughal era. The dish is hardly seen on Indian menus.

(Also Read: The Quintessential Chicken Tandoori: Nothing Like It!)

Murgh Zamin Doz was first prepared during the Mughal empire.​

3. Saas Ni Macchi
Saas Ni Macchi is basically a Parsi fish dish cooked in sweet and tangy white sauce. It is a unique Parsi culinary creation that is prepared using the pomfret fish. Pomfret is a meaty flat fish which is mainly found in the Arabian Sea and is much prized by the people of the west coast of India. The dish looks very simple but is oh-so-flavourful! The dish seems to be disappearing and is now only prepared on rare occasions.

(Also Read: Your Guide to Parsi Snacks: From Khari Biscuits to Bhakra and Pattice)

A post shared by TheHungryPharmacist (@thehungrypharmacist) on Mar 7, 2018 at 2:39am PST

Promoted
Listen to the latest songs, only on JioSaavn.com
4. Luleh Kebab
Luleh Kebab was brought to India from Iran. This elegant dish was introduced long time ago in India by Iranian soldiers who used their swords to grill lamb, just like seekh kebab. However, the dish has been taken over by many other 'seekh' and grilled dishes, so maybe it's time to get it back to our kitchens!

Luleh Kebab was introduced long time ago in India by the Iranian soldiers.

CommentsIn our modern age of fast food, instant noodles and frozen meals, we have forgotten some of the exotic culinary creations of India. Perhaps, it's time to welcome them again to our kitchens.