Madurai's food scene truly comes alive as the sun begins to set. It's also when you begin to see the first pushcarts selling paruthi paal or cottonseed milk hit the scene. 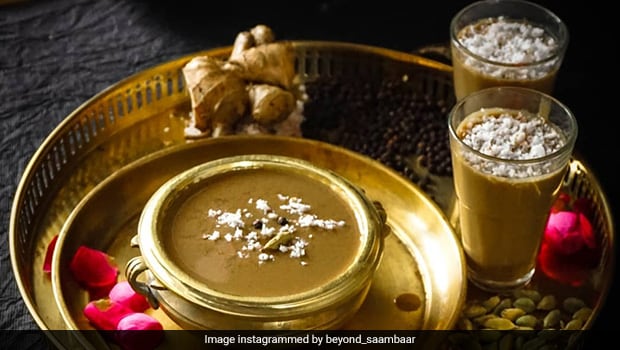 I first learnt about Obe Koowu, a traditional Nigerian soup made with cottonseed during a long 17-hour flight from LA to Dubai. I got talking to Abebi Abi, my Nigerian co-passenger, eventually the conversation drifted towards Nigerian cuisine. It was fascinating to hear about a soup made with the same cottonseed that is used for cotton wool and garments. This conversation took me back to a trip to Madurai in 2013, where I first tried a beverage made with cottonseed. You haven't truly sampled the taste of Tamil Nadu if you haven't visited Madurai. For centuries Madurai has been at the heart of Tamil culture. It's also one of the world's oldest continuously inhabited cities. The city has always been a busy trading hub, it was once the epicentre of the powerful Pandya dynasty - the legendary Madurai Meenakshi temple is evidence. Madurai is often referred to as 'Thoonganagaram' - the city that never sleeps. The city's busy markets have attracted traders from across Southern Tamil Nadu, many of these traders have depended on the city's food stalls and tiny restaurants that remained open even after midnight.

Also Read: How To Make Karupatti Halwa - A Popular Dessert From Tamil Nadu

Madurai's food scene truly comes alive as the sun begins to set. It's also when you begin to see the first pushcarts selling paruthi paal or cottonseed milk hit the scene. Subrapandi (Subbu) is one of many people in Madurai who make a living out of selling Paruthi Paal. He followed the footsteps of his father who began his business over 50 years ago. I asked him why this beverage enjoys a cult following in Madurai to this day. What's even more surprising is that you won't find paruthi paal being sold on the streets of Coimbatore and Salem that are among Tamil Nadu's major cotton production hubs. Subbu tells me that most of the cottonseed used in Madurai's famous Paruthi Paal comes from outside the region and in many cases from outside the state.

Subrapandi (Subbu) is one of many people in Madurai who make a living out of selling Paruthi Paal.

Subrapandi starts his day at 4 pm in the Arasaradi area.

Like most of his counterparts, he starts his day around 4 pm in the Arasaradi area, a time that many daily wage labourers begin to wind up for the day. A glass of this beverage is the perfect boost for them after a long day and keeps them going till dinner. It isn't just daily wage labourers, many of the paruthi paal sellers set up shop around the Collectorate and near the Meenakshi temple to catch both tourists and busy executives on their way back home. It's particularly popular in summer when many of the city's residents choose this hot beverage on days when the mercury crosses the 40-degree threshold.

Also Read: How To Make Rasam And Sambar Powder At Home

Paruthi Paal is believed to be a remedy for the common cold and cough.

Paruthi Paal doesn't just score with its ability to cool your body, it's also rich in nutrients. Lipids in the cottonseed possess antioxidant properties while paruthi paal is also favoured for its curative properties - it is believed to be a remedy for common cold and cough. It's also believed to reduce the risk of cardiovascular diseases, improve blood circulation, digestion and induces sleep.

Subbu remembers a time when Paruthi Paal was made in many homes in Madurai. But the tedious process has prompted many households to skip the process at home, choosing instead to buy it from the city's many vendors who eventually became part of the city's rich 'foodscape'. This process involves soaking the cotton seed overnight, then grinding it and extracting the milk from it. This extract is combined with rice or millet flour, jaggery, dry ginger (sukku in Tamil), a hint of cardamom and coconut. Some home recipes also incorporate almonds. Many vendors like Subbu add traditional herbs and spices like thipili (long pepper) and chitharathai (also known as 'lesser galangal') that possess curative properties to their spice mix and also a hint of salt. You can try this recipe at home:

You can find cotton seeds in many traditional medicine shops in Chennai or also online but if you find the process too cumbersome, you can order 'ready mix' cotton seed milk powder on online platforms and just stir it in hot milk or water.