Royal Food Of Bengal: Sheherwali Cuisine Is A Delight In The Land Of ‘Mach, Mishti And More’

With their lineage in the Western India and life in the Eastern India, Sheherwali community created a mixed culture of its own. 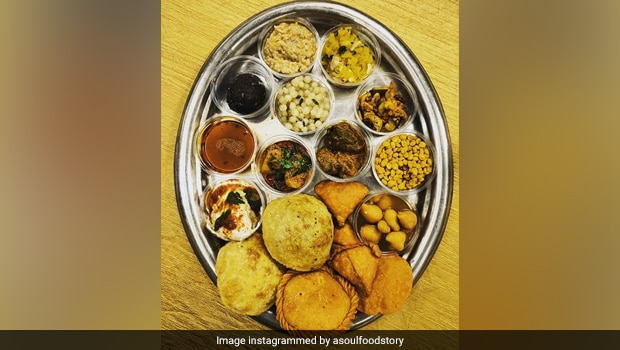 "What is Bengal famous for? Fish, Mishti Doi and Durga Puja"- this will be the instant answer when anyone is asked. But, in reality, Bengal is much more than that. It has a rich history that goes years back. Some historical trivia became world famous and some remained less explored. One of those less explored ones is the Sheherwali community and their royal cuisine. Who are Sheherwalis? History has it; some 300 years back in the 18th century, a group of Oswal Jain Community merchants migrated to Bengal from the desserts of Rajasthan. They settled in Murshidabad- the then capital of the Nawabs of Bengal. According to reports, these merchant and traders gradually became one of the most influential business communities in colonial India, and hence, the Sheherwali culture began in Bengal.

The Sheherwalis open-heartedly embraced the culture, cuisine and lifestyle of Bengal, which was heavily influenced by the Nawabs of Bengal. They adopted Bengali dhoti, kurta and sarees for their sartorial culture and various food items in their cuisine. With their lineage in the Western India and life in the Eastern India, this community created a mixed culture of its own that became a sign of royalty in Bengal.

A group of Oswal Jain Community merchants settled in Murshidabad

Speaking about Sheherwali cuisine, according to Murshidabad Heritage Development Society, "It is possibly the finest vegetarian spread one can find, even in modern times, and is a wonderful melange of the cuisines of the west and the east of India."

"Flavours of foods rich in ghee and bold spicy tastes that could survive in the tough climate of Rajasthan, met the distinctive local flavours of Bengal and the royal cuisines of the Afghans and later the Mughals," the society wrote on their website. On that note, the Murshidabad Heritage Development Society, founded in 2010, aims to restore and revive the heritage of Murshidabad.

A confluence of culture is witnessed in the Sheherwali cuisine where vegetarian Rajasthani food has a blend of Bengali spices like 'paanch phoron' and Nawabi ingredients like saffron, rosewater and dry fruits. The slow cooking process adds richness to these vegetarian dishes.

Here Are 5 Of The Most Famous Dishes Of Sheherwali Cuisine

Kheere Ki Kachori- As the name says, it is a kachori with a filling of grated cucumber, curd and spices; the shape of the kachori is like a round gujiya

If you are a foodie, then you must experience Sheherwali cuisine, because, every dish carries a rich history of India, particularly of Bengal and Rajasthan.

5 Foods That Are Easy On Stomach If You Are Suffering From Digestive Issues
Mahashivratri 2020: On A Vrat? Make This Vrat-Special Sabudane ki Kheer!