The Mystery of the Do Pyaaza Dishes

One of the most common dishes from the subcontinent, the Do Pyaaza is remarkably difficult to dig into. Of course, its flavours are irresistible and you dont need to challenge your palate at all to immediately appreciate the caramelised sweetness of onions bunged in with meat and whole spices. 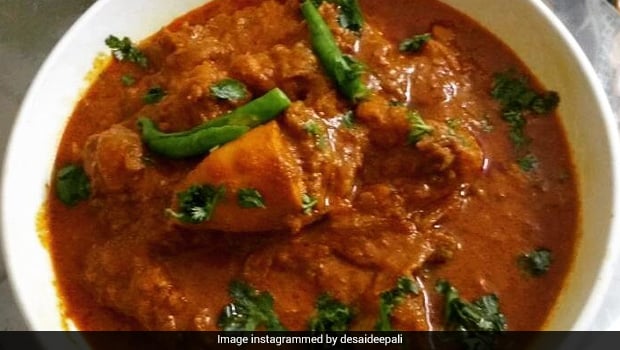 Highlights
One of the most common dishes from the subcontinent, the Do Pyaaza is remarkably difficult to dig into. Of course, its flavours are irresistible and you don’t need to challenge your palate at all to immediately appreciate the caramelised sweetness of onions bunged in with meat and whole spices. However, it is when we begin to get into the history of the do pyaaza—or indeed trying to find a common recipe for this style of dishes—we begin to run into problems.

Most of us who have eaten chicken, mutton or even paneer do pyaaza in restaurants (these dishes used to be very common in old “Mughlai” restaurants and those in London run by both Bangladeshi and Punjabi immigrants) generally know that do pyaaza is cooked with “lots of onions”. In fact that may be our extent of knowledge when it comes to the dish because onions are such a visible presence. Instead of being blitzed into a curry, onions are visible and sometimes restaurants are known to put those baby bulbs, lightly sautéed, into a dish of chicken do pyaaza dish as well as suitable garnish!

But what really is the dish? Is there a method to the madness? Is there a particular recipe and proportion of onions to meat (or veggies, in vegetarian variants) that needs to be followed to make a legit do pyaaza? Oral traditions suggest different things. According to one story, the do pyaaza means two onions and therefore two onions are to be used in the recipe. Another suggests that the do pyaaza is called what it is because onions are added in two stages in the cooking process. Both these theories sound suspect to me: The first, obviously, because it does not quantify the meat to go along with the two onions. The second, because Indian (especially Mughalai-influenced cooking) cooking is usually done in a way where ingredients are added to a dish in layers, to build in a complex flavour and aromatic structure. The most volatile aromats are added at the end, we begin with those that are the most robust, and ingredients are hardly ever added twice in the cooking process because that would just be pointless. If you add something like cardamom in the beginning, it would be pointless, since the flavour and smell would be drowned out by other ingredients. If you add onions at the end, it could add instant body to the dish but drown out other aromats.

And a tempering of garlic at the end almost always kills every other flavour! People cook in all sorts of indiscriminate ways without this basic understanding. However, what could be a recipe for the do pyaaza that makes most sense? To dig into that I turned to what I regard as one of the best cookbooks in the country: Cooking Delights of The Maharajas by Digvijay Singh, from the former princely state of Sailana. The Sailana recipes are what I swear by. The cook book has several do peeaza recipes—do peeaza chukander (meat with beetroots), do peeaza gobhi (with cauliflower), do peeaza lal mirch (apparently a Rajasthani favourite) but none of these seem to have any similarities when it comes to how they are cooked and even in the proportion of onions used. In fact, the do peeaza gobhi does NOT have any onions! The Sailana cookbook thus perhaps sees do peeaza merely as a genre of meat dishes where other veggies are bunged in.

Promoted
Listen to the latest songs, only on JioSaavn.com
The other meticulously researched classic “50 Great Curries of India” by Camellia panjabi, primarily targeted at a western audienece does have a chicken do piaza, considering, as Panjabi points out, the dish’s popularity in Indian restaurants abroad. The recipe is listed as a Bengali one, and credited to home cook Batuk Bhattacherya, whose dish Panjabi says is the best she has ever tasted. That’s high praise from the queen of curries and I fully believe that the recipe is top notch. But it is incredibly complicated and somewhat inexplicable – basically you sauté onions till golden, take them out, then fry whole spices, bung in ginger, chilli, chicken, potatoes and even tomatoes, add yoghurt and sugar, add 3 onion halves, the juice of 4 more onions, bake the dish and then top it with fried onion! This one seems like a needlessly complicated innovation at best. The finest do pyaaza I have come across is really a much simpler dish and makes perfect sense.

Do pyaaza, a dominant myth around the dish says, came into being as a way to increase quantities without increasing the amount of meat in the dish. It is meat cooked with double the amount of onions, and hence the name. Dr Nutan Ray from a landed family in Gorakhpur cooks this ancestral dish in a pretty straight forward way. Heat whole spices in oil, add finely chopped onions, let them turn pinkish. Add mutton/chicken and ginger paste and yoghurt. Saute well and then cook the entire thing on dum, sealing off the haandi to let the meat and onions stew together. My theory about the do pyaaza is that though the dish clearly travelled east to Eastern UP, Bihar, Bengal, and Bangladesh, from where it may have gone on to London menus, it borrows from the old Mughal-style ishtew, an inventive dish that itself was a result of a Colonial influence.

CommentsCooked only with whole spices, the ishtew (or khade masale ka meat, as it is called in many homes), layers onions with meat and whole, dry spices. All these are left to cook on dum. Now double the quantity of onions and you have the do pyaaza. You can cook it with mutton or chicken or even green vegetables like bhindi—which is what many UP families still do. Taste is the best test of the best do pyaaza.