It's mandatory for everyone who visits Tirunelveli to return home with a few boxes of Tirunelveli halwa. So what makes this wheat halwa so special? 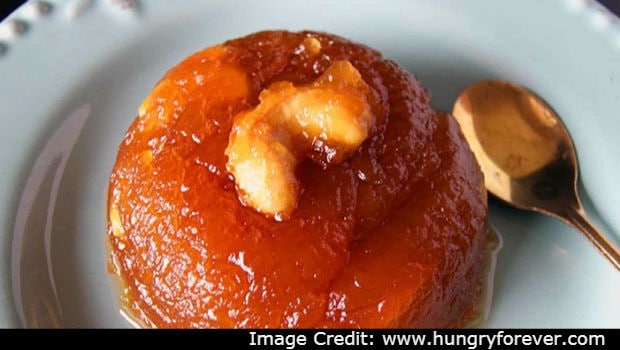 Most of my childhood Diwali memories usually revolve around food. Back then most Diwali sweets were home-made. I remember my mother also making sweets that were specifically for 'distribution' only. Sweets that were equally tasty yet not labour intensive that would be shared with the neighbours. I would make a push for wheat halwa to be packed in the sweet boxes meant for our neighbours. It was one of the only sweets that I would be happy to share back then; that hasn't changed after all these years.

My friends from Southern Tamil Nadu were convinced that my overall disposition would change when I visit Tirunelveli, a busy town on the banks of the Thamaraibarani river that is almost synonymous with this sweet. It's almost ironical that this once powerful city during the reign of the Pandyas and home to the historic Nellaiappar temple that dates back to 700 A.D. is better known today for its halwa. Ironical because the halwa didn't arrive in Tirunelveli before the end of the 19th Century. I heard some of these legends during my last visit to Tirunelveli a couple of years ago, about a zamindar in a neighbouring village (Chokkampati) who hired cooks from Rajasthan because he wanted an uninterrupted supply of his favourite sweet. Little would he have realised that he was laying the foundation of a thriving industry that continues to flourish to this day.

It's mandatory for everyone who visits Tirunelveli to return home with a few boxes of Tirunelveli Halwa. Almost every second shop around the busy bus stop sells halwa and of course each of these shops claim to be the real thing. Like Lakshmi Vilas who set up shop in the 1880s and like to think of themselves as the inventors. Most locals talk about another shop 'Iruttu kadai' (translates to dark shop) next to the temple where regulars and tourists start queuing up for halwa before sunset. The shop takes its name from the dimly lit interiors. For many years, the shop was only lit by a few burning lamps, while those lamps have made way for electric bulbs, the lighting is kept intentionally dim to this day to add to the 'Iruttu kadai' legends. The shop functions for just a couple of hours in the evening and runs out its entire supply for the day within this time.

The Tirunelveli Halwa is a quintessential wheat halwa with a slight twist. While some of the halwas in Tamil Nadu that follow a slightly different cooking style can claim to have originated in the state, the wheat halwa is something that didn't. It's why many people still use 'Bombay Halwa' to describe Godumai or wheat halwa. It's an integral part of wedding menus for some communities but the laborious cooking process is slowly seeing this sweet disappear from these same menus. This long process involves extracting the milk from wheat before cooking it with generous quantities of ghee and sugar. Just like the popular Mysore Pak, this sweet requires tremendous skill and effort, that many of the new generation of wedding cooks don't seem to possess.

Locals in Tirunelveli will tell you about how Iruttu Kadai doesn't serve the halwa fresh off the pan like they sometimes do in weddings. The halwa makers here don't drain out the excess ghee after the sweet is made. It tends to form an extra layer and increases the shelf life of the sweet. The Iruttu Kadai Halwa tends to have a darker hue (thanks to the longer cooking time on the pan) than what we know as Bombay halwa or wheat halwa in the rest of Tamil Nadu. The Tamaraibarani river's waters are steeped in legends and proud locals believe that it is this water that sets their halwa apart.

You may not have access this water but if you enjoy making Indian sweets and have tremendous quantities of patience you can try making Godumai (wheat) halwa at home. This is my mother's fail-proof recipe: