Watch: How To Make Murshidabadi Chicken Tikia - The Royal Delicacy Of Bengal

Murshidabadi murgi (chicken) tikia speaks at length about the combination of two popular cooking styles of the delectable royal cuisine of Bengal. 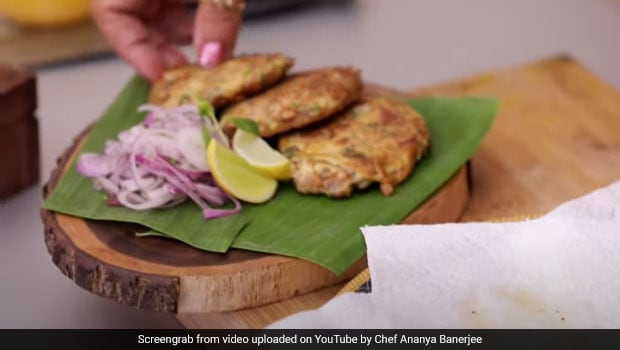 Bengal's love affair with food is no secret to the world. The state's food culture is a melting pot of several traditions, cultures and cuisines. From the Chinese food of Bengal to Sheherwali cuisine, every sub-regional cuisine has a tale etched in history. One such food culture is of the Nawabs of Bengal, who introduced Murshidabadi delicacies (as it is called today) to the world of gastronomy. For the unversed, the city of Murshidabad, some 200 kms away from Kolkata, was founded by Nawab Murshid Quli Khan, the then Dewan of Bengal, Bihar and Odisha. Other than its rich Nawabi history, what made Murshidabad popular was its thousand-years-old food culture, which saw a glorious blend of Mughlai and Bengali influences in the recipes - an example being Murshidabadi tikia.

Here, we bring you the recipe of Murshidabadi murgi (chicken) tikia, which speaks at length about the combination of two popular cooking styles of the delectable royal cuisine of Bengal. This recipe is shared by vlogger Ananya Banerjee, on her YouTube channel 'Chef Ananya Banerjee'. Let's give it a look.

Also Read: These Wholesome Walnut Kebabs Can Be A Perfect Pair To Your Cup Of Tea

Also prepared with mutton keema, Murshidabadi tikia is often referred to as 'jali kebab' due to the net-like outer layer of the dish (jali in Bengali translates to net).

Here, the bread crumb is added to the keema-mix and then the small round tikias are formed out of it. They are then dipped in beaten eggs and shallow fried to form that net-like outer layer of the tikias. All you need to prepare the keema-mix are - minced chicken, finely chopped onions, finely chopped green chillies, chopped coriander leaves, ginger-garlic paste, mint leaves and some kitchen spices like black pepper powder, red chilli powder etc.

What are you waiting for? Prepare this today and enjoy the rainy evenings with a cup of chai and Murshidabadi murgi tikia.