Trying To Lose Weight But Can't? Drink This Cinnamon Tea At Night For Quick Results

Drinking cinnamon tea at bedtime may avoid excessive weight gain and may also help in losing some. Dont worry, the bitter-sweet spice in its tea form will be just as pleasing to your taste buds. 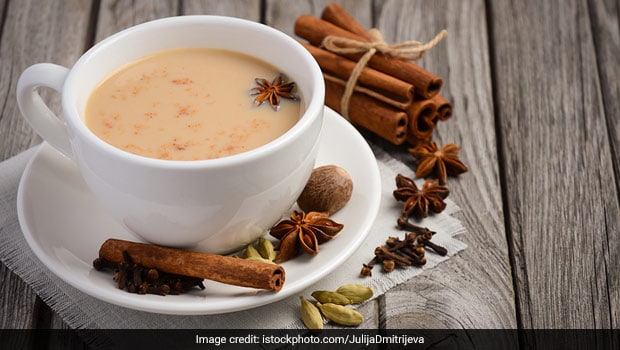 Cinnamon tea, with its high nutrient profile, may help with weight loss.

Holidays and festivals equate to mindless eating and uninvited weight gain. With the merry festive vibe all around us, it can get difficult to stick to our routine of eating healthy foods and working out every day. Thankfully, there are some ways out that can help you not break out of your clothes, at least. Drinking cinnamon tea at bedtime may avoid excessive weight gain and may also help in losing some. Even if you are busy with the Christmas or New Year celebrations, or are marking the end of the year by holidaying, adapt this healthy ritual that will not throw your diet completely off the track.

We all love cinnamon in our curries and smoothies, but cinnamon tea is something you might have never really tried before. But don't worry; the bitter-sweet spice in its tea form will be just as pleasing to your taste buds.

Why Cinnamon Tea For Weight Loss?

Cinnamon tea, with its high nutrient profile, may boost your metabolism and keep your cholesterol level and blood sugar level in check. Its anti-inflammatory properties avoid bloating of belly. The spice is also known to aid digestion of foods that can contribute in losing extra calories.

Bengaluru-based nutritionist Dr Anju Sood says, "Cinnamon can boost the metabolic rate of the body. Often times, when a person's insulin become resistant, sugar doesn't get metabolised and it gets converted into fat. Cinnamon can help stimulate insulin and metabolise sugar from the foods ingested.”

Cinnamon is a spice that can help with faster weight loss.

How To Make Cinnamon Tea For Weight Loss?

There are a number of recipes for cinnamon tea that you can experiment with. The following recipe is most commonly used and suits all kinds of taste preferences. So we suggest, get your taste buds used to cinnamon tea with this basic concoction.

Boil the water in. In a cup, add cinnamon powder, black pepper powder, honey and lemon juice, and mix well.

When the water is boiled, pour it over the cinnamon, honey and lemon mixture and give it all a nice stir. Pass the drink through a sieve and drink it warm.

It is said that drinking cinnamon tea at night before going to bed helps relax tired muscles, build immunity, boost metabolism and aid digestion of foods eaten throughout the day – all this while you are sleeping peacefully! Try having cinnamon tea in your weight loss journey to a healthy, new you.