Incredible Wheatgrass Benefits: Is it Really Worth the Hype? 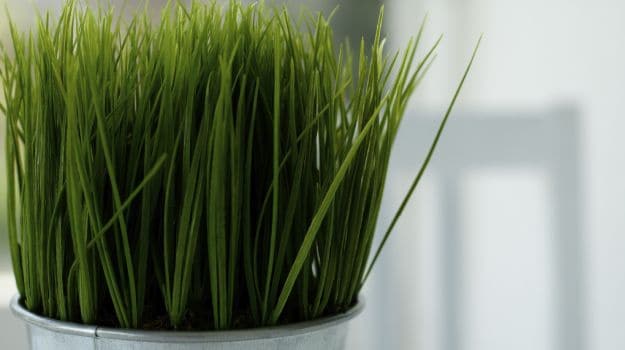 With a contemporary upsurge in the market of health foods, local restaurants and cafés are seen to be experimenting with many new ingredients. 'Healthy can also be yummy' seems to be the new mantra and the modern day challenge is to incorporate these super foods and make them gastronomically appealing and delectable. In this article we shall talk about an ingredient that has gradually but eventually, caught up on the popularity ladder with fitness freaks.

A few months back I visited a local juice shop and saw a board suggesting that one can now buy wheatgrass juice priced at slightly more than their regular juices. On being asked about the benefits of the juice, the vendor said that regular consumption of it can aid in digestion, immunity, metabolism and much more. I didn't have the juice that day and came back home to read up on the ingredient. Of course I had heard of it before and was thinking of it as an exotic ingredient - the likes of quinoa and kale - that one gets in super marts. I was not expecting wheatgrass to make its debut in the minutest of local shops, situated in the crammed up gullies of Govindpuri, Delhi, but now that it did, some background check on the ingredient was imperative.

As the name suggests, wheatgrass comes from the wheat family and is a cultivar of young grass that is harvested before wheat seeds would begin to come into existence. The consumption of wheatgrass dates back to thousands of years with evidence supporting its usage by ancient Egyptian and Mesopotamian civilizations for its health benefits. Wheatgrass was popularized by Charles Schnabel while he was experimenting with the plant to unravel its health benefits, post which the Americas and Canada were seen to have embraced the ingredient in its many forms - fresh raw juice, powdered supplements, tablets, et cetera.

Wheatgrass is easily available as wheatgrass proponents believe that it alone outnumbers the nutrient content in most regular veggies. Raw food enthusiasts believe that the ingredient does wonders to the human system and advocate its regular consumption. According to Dr. Rupali Datta, Chief Clinical Nutritionist at Fortis-Escorts Hospital, "Wheatgrass is a good source of Vitamin A, C, beta carotene, antioxidants, phenolic compounds and Chlorophyll. It is good for immunity, heart and overall health of our body."

For those who will be trying wheatgrass juice for the first time, make sure that you have it within 20 minutes of juicing it. Keeping the juice for long leads to breaking down (oxidization) of essential nutrients and minerals, further leading to nutrient loss.

WHY SHOULD YOU HAVE WHEATGRASS?

Below are some of the benefits of wheatgrass:

2. Immunity and Metabolism
It helps in boosting immunity, revving up metabolism and is good for digestion and cholesterol.

4. A Dose of Antioxidants
It is a great source of antioxidants and helps in flushing toxins out of the body.

5. For Bodily Functions
It facilitates proper liver and kidney function.

7. Antiseptic
Chlorophyll, found in wheatgrass and most plants has anti-bacterial and antiseptic properties.

8. Good for Skin
Chlorophyll has also the ability to regenerate tissues and helps in treating skin related disorders.

9. For Gluten-Intolerant
It is gluten-free as the grass is procured much before wheat grain would start to develop

10. Anti-Inflammatory
It is also believed to have anti-inflammatory properties which may aid in treating ulcerative colitis as well.

11. Respiratory Troubles
It is also associated with alternative treatment for respiratory issues like bronchitis, common cold and flu.

Comments12. Other Benefits
It is also know to be beneficial for skin disorders, arthritis and premature greying.

Wheatgrass proponents vouch for its miraculous health benefiting properties, however there has been no major study backing similar claims. Wheatgrass consumption may cause irritability to those who are wheat intolerant or have grass allergies. It is also not recommended for pregnant women. Health experts acknowledge the nutrient richness of wheatgrass, however, it can be an addition to your daily diet, not a supplementation of any meal and certainly not a replacement.