The Big 'Fat' Debate: A Friend in Finland, Enemy in India 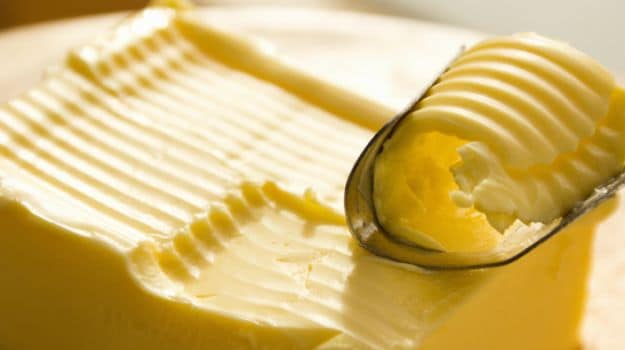 Fat - is it still the enemy or now a friend? Opinions vary wildly.

Take Finland, where growing numbers of people are embracing full-fat products which they feel have gotten a bad rap to the consternation of health experts. Across the globe, India is desperately trying to wean consumers off the much-loved spicy, rich dishes drenched in ghee, the ubiquitous clarified butter, to counter an obesity crisis and worrisome diabetes and cholesterol problems.

Finnish mother-of-two Johanna Amnelin claims she lost 10 kilos (22 pounds) just by switching to whole milk and real butter, in blatant contradiction of most nutritionists' advice. She is one of many Finns who are turning their backs on processed food in favour of full-fat products because they believe them to be more authentic and less processed, though experts are dismayed by that erroneous image.

Amnelin's ideas about fat were upended five years ago after she read that fat-free products were not that healthy after all. "At first I just switched from skimmed to whole milk and noticed that I began to lose weight," says the 39-year-old.Growing up as a teenager in southwestern Finland in the 1990s, she and her family were all devout users of fat-free products, in line with Finland's official nutrition recommendations. Now Amnelin and her own children drink only whole milk and eat real butter.

"Whenever I drink even semi-skimmed milk, I get a terrible craving for junk food and tidbits such as chocolate or crisps. The low-fat products just won't stave off my hunger for very long," she said.
And Amnelin is not the only one sceptical of the official recommendations.

To doctors' frustrations, butter and cheese consumption has soared in recent years. Statistics from Finland's Natural Resources Institute show that the average Finn ate 17.5 kilos of cheese in 2007, rising to nearly 26 kilos per person a year in 2014. Butter consumption shot up from 2.5 kilos to around 4 kilos in the same period.

Some Finns, like Amnelin, believe fat has been unfairly demonised, while others crave tastier and more authentic food which has been processed as little as possible. Authorities are worried about the new attitudes. "This is a disadvantageous trend... Until 2007 the population's cholesterol levels were dropping but in 2012 the situation was getting worse again, coinciding with the rise in use of saturated fats," the head of the Finnish Heart Association and member of the National Nutrition Council, Marjaana Lahti-Koski, said.

The council still recommends low-fat or fat-free dairy products as well as sources of unsaturated fats such as vegetable oils, margarines or nuts. But even among experts there is a rebellious minority who maintain that animal fat, a source of human nutrition for millennia, should be cleared of its recent bad rap.

One of them is Kari Salminen, a retired food science professor who used to head up the research department at Finland's largest dairy producer. "I was neck-deep involved in developing low-fat products when there was high market demand for them, but I don't see any health benefits to them and I don't use low-fat products myself," he said, quoting several recent peer-reviewed studies which found no evidence of a connection between saturated fat and cardiovascular diseases.

Tucking into a raj kachori -- a fried dough ball stuffed with curd and chutney -- Seema Muthuswamy says she has made a determined effort in recent years to cut down on fatty foods. The 48-year-old said she understands the dangers of full fat especially ghee, a form of clarified butter much loved in India, and tries to do the right thing for her family.

"It's part of our culture to eat rich and spicy foods. But obviously we can't have this every day," she said at a packed Haldirams restaurant, a highly popular fast food restaurant serving traditional street food, in New Delhi. But as India faces a growing obesity problem, awareness is growing of the importance of lower-fat foods.

"This is the most important crisis facing India today," said Anoop Misra, chairman of the National Diabetes, Obesity and Cholesterol Foundation. Yet progress is slow, with studies showing the number of diabetics in India has risen dramatically in recent years to reach at least 50 million, while up to 50 percent of urban Indians suffer obesity, more than double that of 20 years ago.

India, which also has huge problems of undernourishment and malnutrition, especially in rural areas, has a strong tradition of eating on the run at street-side stalls serving greasy deep-fried dishes such as samosas or pakoras. Curries are also served swimming in ghee, a staple of Indian cooking and also used in traditional medicines and as an offering during religious festivals.

Listen to the latest songs, only on JioSaavn.com
Scientists have just developed a low-fat version of ghee that cuts cholesterol content by 85 percent, in the hope the leaner version will catch on with health conscious consumers. And India's food standards authority last month announced it is halving the trans-fat limit permitted in foods sold in the country to five percent per item.

But doctor Misra said more needed to be done to change eating habits especially among the growing millions of middle class as well as lower-income earners. "The mentality is 'eat this today because you might not get it again tomorrow'. Their ancestors grew up in times of famine so this is the mentality passed on," he says.

CommentsMeena Devi, a 65-year-old grandmother, is among those who don't care for change, saying her husband insists she cook chicken or mutton curry laden with ghee every day. "I come from the land of Lord Krishna, we eat everything that comes from the cow, the milk, the butter, the ghee. We have always eaten these things and always will."