Should We Eat Fish During Monsoons or Not? 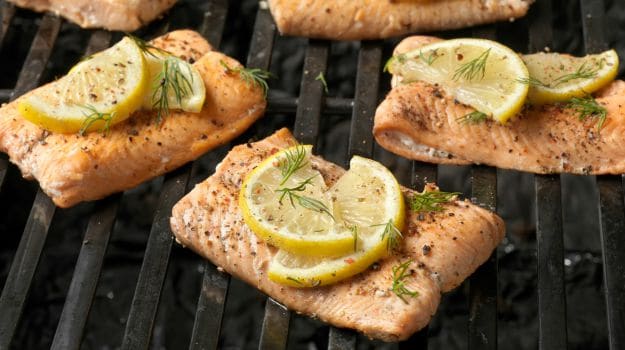 Eating fish is recommended to load up on omega-3 fatty acids, which are beneficial to our body in  a number of ways. However, during monsoons, eating fish is considered unhealthy by many. There are several reasons behind this apprehension towards fish consumption during the rainy season. Once upon a time, the seas girdling India were thick with fish. Tuna, mackerel, pomfret abounded and there was enough for everyone. But as the population swelled, our perennial appetite for fish grew, and the wheels of progress and development turned ever onwards, things started changing. Fishing trawlers became mechanised and fish was caught in abundance.

(How to Fillet a Fish)

With their diesel engines of 150 horsepower with vast nets trailing behind, the trawlers started scooping up a vast variety of aquatic life, including aquatic life that nobody wanted to eat. There was the added disadvantage of the churn created by the trawler, which led to fish eggs being flung up from their watery bed and being destroyed.

(10 Best Fish Recipes)What we were doing was over-harvesting. Quite simply, we did not replace what we were taking out; we just assumed that the sea would keep on giving. We fished through the summer and the winter, and most damagingly, we fished through the monsoon, which is the time for seafood to spawn and replenish itself. The sea stopped yielding, the catch kept dropping. No wonder then that according to the environmental activist organisation Greenpeace, 80% of fish stocks around the world are over exploited or on the verge of being so.

Mumbai's small indigenous fishing community, the Kolis, always stopped their fishing activity during the monsoon, until the festival of Narli Purnima (29th August, this year). This was a wonderful way of allowing the fish stocks to replenish. But the problem was much, much bigger than what they could control.

(The Healthiest Ways to Cook Fish)

Due to the dramatic decline of seafood, in 2007, the central government banned fishing from the western coast from June 15 to July 31, coinciding with most of the southwest monsoon. The Indian government now bans fishing for 61 days - not just to protect the fish during their spawning season, but also to protect fishermen from going out in perilous weather.

(A Chef's Obsession with Hilsa, the Prized Fish of Bengal)

Previously the rules changed from state to state, depending on catch limits, mesh sizes, boat sizes, different quotas per species etc. However, according to a press release released on May 12 by the Ministry of Agriculture, "Because of the gap in between the fishing ban periods of different states and EEZ (Exclusive Economic Zone), the boats of one state were entering into the waters of another states and thereby causing disputes. Considering above situation, it was decided that a uniform ban of 61 days will be applied in the area of the Indian EEZ (beyond 12 nautical miles). The above proposal was agreed by all the coastal states/UTs except Kerala."

These laws may often seem unfeasible and convoluted, but they are crucial to allow fish to breed and grow to a larger size (which in turn means higher prices for fishermen once the ban ends). Also, as the Ministry's press release says, "the motive (is not just) to ensure conservation of fish during its breeding-period, (but also) so that fishermen can get the maximum benefit. Otherwise, the fish productivity will decrease, and the damage will be borne by the traditional fishermen."

So we see that there is a similar 61-day ban in place for the eastern coast -- but that ban starts from April 15. And that is why our markets are still replete with fish. Much of the fish comes from the eastern coast, quite a lot of it is imported from other countries, and sadly, several fishermen still trawl the seas illegally. Unfortunately, it is hard to police these things and commercial boats often wangle their way into the seas somehow, often drawing up fish that are heavy with roe.

What can we do?

So can we eat fish in the monsoon? The simple answer involves - one, freshness and two, ethics. Let us deal with the freshness aspect first. Most fish supplies travel across country via train although some get flown in as well. Recently, a solar-powered air-conditioned truck for transporting seafood was inaugurated in Kanyakumari. Clearly, there have been vast improvements in transport facilities which ensures that much of the fish on your plate is fairly fresh. But this is something you can't always be sure of. For this reason, it's usually better to buy whole fish rather than fillets. There are easy ways to check your fish's freshness. First, the eyes should be clear, not cloudy. The gills should be red. And finally, a stinking fish is not fresh fish.

That brings us to the second point - ethics. That decision rests squarely on your shoulders, dear reader. My family chooses not to eat fish until the end of the monsoon. But you don't have to take such a drastic step. A simple way of ensuring that the bombil in your bowl is legal, is to do a little research into the provenance of the seafood. Ask your fishmonger where he or she gets their fish from. If you must buy fish, at least check the size of the fish - it should be full-grown. Although the government issues size-based regulations on fishing, some fishermen don't follow the rules. To respect the environmental balance and do your bit to maintain the same, do not buy fish with roe as it is breeding season.

Farmed seafood, such as prawns is also available and quite safe to eat, but ends up being rather tasteless. Or of course, you can just eat the heaps of salted, pickled and dried fish that is available everywhere. The Kolis make a pungent curry from half-dried bombil but almost every piscine loving state has its own dry fish dishes. Kerala makes its with plantain, coconut and tamarind and the Bengalis have a delicious eggplant version.