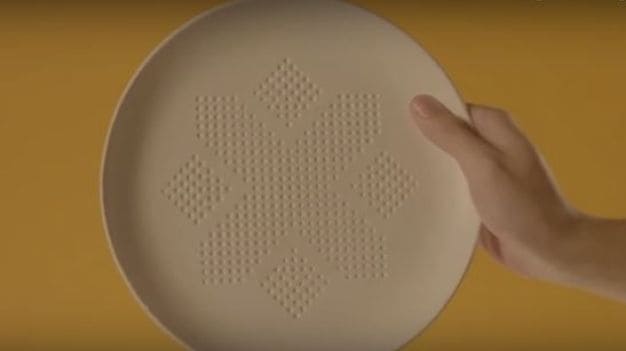 Picture this: A passionate foodie, waiting in anticipation for his plate of Chole Bhature. As he waits impatiently, he can almost taste the flavours. If that wasn't enough, the warm, full-bodied whiff of fried bhaturas travels from the kadhai to his nose and he swoons just a little bit. Finally, the wait comes to an end as he sees the big, round, fluffy, crispy bhaturas gazing back at him, next to which sit masaledaar chole. And just before he takes a bite of this sinful dish, he commits a food-crime - almost sacrilegious towards the goodness of all oil laden, deep fried foods - he takes a tissue paper and dabs the beautiful bhaturas only to absolve himself off the guilt of relishing them.

Undeniably, almost each one of us has performed this act. Trying to soak away the extra oil form regular fried foods is akin to any heinous crime for a foodie. We humans find it hard to abstain. We want all and why shouldn't we, after all there's just one life to live. "So better eat what you want, as much as you want, regret not and live to the fullest," believes one of my uncles who takes immense joy in relishing khasta kachauri every day and enacts his interpretation of 'carpe diem' on a daily basis. And what about health? You've got one life to live and you better live it long enough, but who has the time to burn away all that fat and grease eaten, and who will say no to those perfectly fried pakoras? It is then when we take refuge in a solitary tissue paper and expect it to wipe away all the grease from the food, so that we irrationally remain guilt free.

What if we were to tell you that your plate can now suck away all the extra load off your food magically? Just serve your food on a plate and it will absorb the excess oil, not exactly making it "healthier" but certainly less "unhealthy". People in Thailand are on the brink of witnessing a revolution in the food space that will change the way people look at greasy food items. Say goodbye to soaking excess oil using tissues, as Thailand just got its first ever AbsorbPlate. A Thai Ad agency BBDO brings to reality a unique dishware with close to 500 holes in it, designed to seep in added oil and grease. The design comes in the wake of tackling Thailand's growing obesity by the Thai Health Foundation.

In an almost 2 minute long video, the ad successfully depicts Thailand's love for its indigenous food and also the rising pace of obesity. Thai food is delicious, hard to resist but also often high on grease, admits the narrative of the video. The initiative may not curb obesity but it certainly seems effective in cutting down extra calories consumed in the form of additional fat. The revolutionary plate is an inspiration from the mechanism of a regular sponge which has the ability to soak in most liquid matter. According to the foundation, the plate can effectively suck away oil that would equal close to 30 calories.

All in all, it might not make the meal healthier but a will take the extra guilt away. AbsorbPlate cuts down the probability of consuming additional calories which can easily qualify as a minute step in the direction to solve Thailand's obesity crisis. At present, Thailand stands as the second most obese country in Southeast Asia. AbsorbPlate is a wonder product beyond any doubt, but it may also end up increasing the consumption of fried and greasy food items further, guilt-free that too.