Popular Food Festivals from Around the World 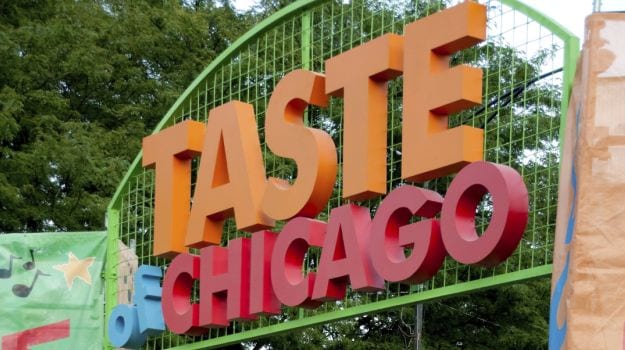 Food traditions and customs are embedded deep in a country's or a community's cultural beliefs. They are known to have sprung either from historic occasions or as results of experimenting with food.

This piece is dedicated to some of the quirkiest food festivals - some that have existed for a really long time as well as those that have evolved over the years. Organized in different parts of the world, these are king-sized celebrations in the name of mouthwatering foods that one simply can't do without. While talking about food festivals, La Tomatina is one of the most obvious ones that crop in our minds, but there is a whole different world of food festivals that exists out there with most of us not having a clue about them.

Bug Eating festival of America might make your stomach crunch in disgust but this public gathering is flooded with enthusiasts who would take a bite of anything that crawls on the surface of the earth - from crickets, wasps, grasshoppers to roaches and ants. Organized every year on the 6th of June at the Zilker Park, Austin, the festival is fairly one of the most contemporary ones, currently running in its first decade.

Battle of Oranges is reportedly the biggest food fight organized in Italy. A festival that runs more or less on the lines of the famous La Tomatina fest, its origin dates back to the 12th century. According to popular belief, the fight was originally the city's defiance against a tyrant who tried raping a commoner on her wedding eve.

The Onion Eating Festival: We're talking about a not-so-popular town of Valls in Spain which is famous for one of its special onion cultivars - calcot. When in season, you can literally spot every shop and every house stacking up these onions, and using them to cook almost every dish. There are also Calcot feasts wherein these onions are prepared in a number of ways. The Grand Fiesta de la Calcotada is held in the month of January and sees thousands of people taking to the streets, cooking and celebrating the bountifulness of onions.

Young organizers of a calçotada are cooking for this Catalan traditional event which involves getting together with friends to eat calçots, a type of onion similar to leeks generally dipped in salvitxada or romesco sauce.


Taste of Chicago: If you want to savour the best of what this American city can offer, there's nothing like visiting Chicago's Grant Park in the second week of July. It is that time of the year when the entire city gets out in the sun in the name of good food. Listed as one of the biggest food festivals in the world, it has been around since close to 4 decades now. Studded with food stalls from restaurants and bakeries across the city, the festival caters to food lovers and enthusiasts from all over the globe for five consecutive days and also features some musical performances.

Mistura: If Latin food excites you and Peru is a destination you have been planning to visit next, there's no better way of embracing the gastronomic culture of the country but at the Mistura festival. Held every year in the month of September in the city of Lima, Peru, the festival has been in existence since 2008 and aims at bringing to light the culinary brilliance of Peruvian cuisine. Every year, hundreds of chefs from across the world trot their way to Lima to attend, exhibit their skills and learn something unique from the Peruvian style of cooking. The festival is emblematic of a potpourri of Latin American flavours, displayed for global audience. 'Mistura' literally means 'mixture' or 'a blend', showcasing the precise spirit of the festival.

The Great British Cheese Festival: Started in the year 1994, in Oxfordshire, the festival is held on the last weekend of September in Wales every year. The event calls for cheese makers to display their best efforts which culminate into a blind cheese tasting event by food experts. The best three cheeses of the season are awarded with Gold, Silver and Bronze medals. The festival also sees other events and cheese selling stalls.

Maine Lobster Festival takes place in Rockland, Maine during last week of July with a staggering 20,000 pounds of lobsters ready to be cooked and eaten. If you plan to be in the area anytime during the festival, do visit the event and lookout for the famous crate race - where the participants are supposed to run across the makeshift crates floating in water.

The Snail Eating Festival: The small Spanish city of Lleida celebrates their undying love for cooked snails in the form of a mega festival that is held every year in the last week of May for three consecutive days. The event is believed to date back to 1980s and is going stronger every year with people from many other European countries also participating. You would not believe the amount of snails that are cooked and consumed during the festival - a whopping 12 tons of snails with close to 200,000 people taking part in the grand festival!

The American Love for Garlic: Every year, in the month of July, Gilroy, California, US braces up for a mega garlic cook-a-thon - two tons of garlic up for cooking! The Gilroy Garlic Festival is held to celebrate the abundance of garlic and its addition to many scrumptious delicacies. What to expect? Some serious cooking with garlic such as garlic cook-offs, ice creams and what not! The festival is in existence since 1979.

CommentsThese wouldn't even come close to summing up the innumerable global celebrations tied around food. This was just an attempt at showcasing some of the few well-known ones. Just in case you know of any interesting ones, feel free to share them with us in the comments box below.