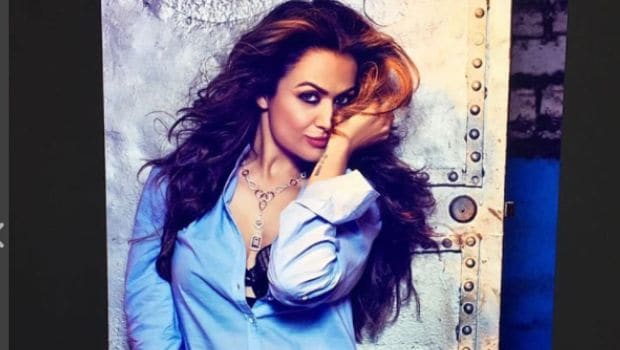 Amrita Arora Ladak has donned several hats over the years. She has been a model, actress, TV presenter, VJ, fitness enthusiast and is now loving the role of being a dotting mother. She started her career as a model and then followed her sister, Malaika Arora’s footsteps by making her Bollywood debut in 2002 opposite Fardeen Khan in 'Kitne Door Kitne Pass'. After having her first son in 2010, she retired from the Silver Screen and decided to become a full-time mother.

Photo Credit: instagram/amuaroraofficial
The actress inspires us with her love for fitness and healthy eating. She never compromises on her routine and surprised everyone by losing all the weight she had gained during pregnancy in just few months after giving birth to her child. She has often shared that her best friend, Kareena Kapoor Khan and yoga instructor, Payal Gidwani, motivated her to lose the extra pounds and get back in shape.Amrita Arora’s Workout Motivation

Amrita has often confessed that she is a restless person and feels the constant need to keep herself busy and active. Hence, she loves cardio exercises like running and jogging and finds them to be good ways to release her bottled up energy. She also enjoys dancing. The former actress is a big promoter of yoga and aerobics. Power yoga and flying yoga (a mixture of aerial yoga and aerial pilates) are the various styles of yoga that she prefers. Unlike others, she doesn’t find it “boring” or “dull” but instead refers to it as fun and exciting. She has also convinced her sister, Malaika Arora, to start practicing yoga and meditation. She also practices TRX exercises which include planks, push-ups and chest press.

Listen to the latest songs, only on JioSaavn.com
Amrita is very particular about the food she eats. Her diet is high on protein and low on carbohydrates. She avoids white rice and white bread and instead eats brown rice along with lots of vegetables, chicken and fish. She starts her day with a glass of warm water mixed with a teaspoon of lime and honey. This helps get rid of all the toxins in the body and clears out your system. After that, she has a bowl of either apples or papayas. Lunch always contains something high on protein like fish, chicken, dal, vegetables or skimmed milk. In the evening, she eats a few almonds and yogurt. She ends the day with soup, steamed fish, salad or dal for dinner.

Photo Credit: instagram/amuaroraofficial
With a South Indian mother and North Indian father, Amrita enjoys the best of both cuisines. She loves typical South Indian foods like idli, dosa and sambhar along with North Indian delights like rajma, baigan ka bharta and kali dal. She loves home-cooked food and can never get enough of the meals cooked by her mother.