Parineeti Chopra's Fitness Mantra: The Secret Behind Her Weight Loss 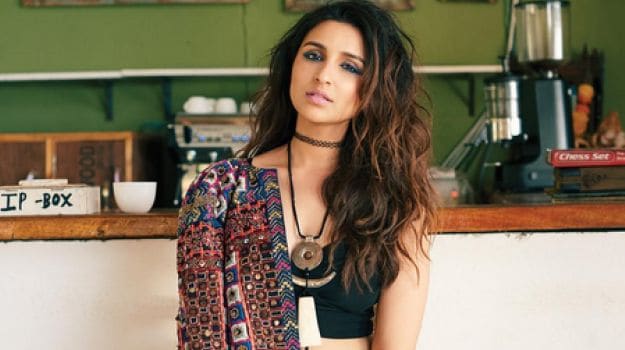 Want to know how Parineeti Chopra lost SO much weight? Scroll down for her diet and fitness regime

Among all the transformation tales of Bollywood, actress Parineeti Chopra is one of the latest ones. This bindaas actress may have won millions of hearts thanks to her acting talent, but now she's hogging the limelight due to her mind blowing weight loss journey. (And lighting up the screen with her latest song "Jaaneman Aah" with Varun Dhawan for "Dishoom").

Not many actors openly admit to being overweight, but Parineeti Chopra not only accepts it but even talks openly about feeling unfit and overweight. "BEFORE... All my life, I have struggled with how I look, how I feel, and how people looked at me. I was constantly made fun of, but the person I was, I generously laughed with them. Today, many people ask me what triggered the weight loss, did I give in to the 'Bollywood pressure'? To that I say - thank god I became an actor and had that pressure! I am able to achieve what I couldn't achieve otherwise. I feel more confident, I feel at peace, and I feel proud!", Parineeti wrote on her Instagram account, after losing oodles of weight. She added, "Like I always say - if I could do it. So can you".

Losing weight is never easy and the desired results are hard to achieve. Weight-loss is a measured science of a combination of balanced diet and ample physical activity. Not only did Parineeti achieve her fitness goals but claims fitness to be an ongoing journey seamlessly meshed in her lifestyle.

Parineeti Chopra's Diet:
Losing weight was not easy for Parineeti, considering her love for food. "I was always thinking about food. So, it took a lot of mental strength to lose all the extra weight", Parineeti had earlier revealed to NDTV. "I thought I would never be able to give up pizza, but I did. I eat everything in limited portions now, but I make it a point to fulfill my cravings".

Anddd its ready!! Not been on the streets for really long! Feel like I'm back in college #Kolkata#MasalaNoodlespic.twitter.com/hw6CUnnWyI

"If I indulge in fatty food, I balance it out by either eating a light meal for dinner or burning more calories the next day." Parineeti Chopra says that she gains weight really fast, due to her poor metabolism. Even when she was trying to eat healthy, she was putting on weight. So she got tested for food allergies at an Australian Health Center, and discovered which foods suit her and which don't. She drinks lots of water to stay hydrated, and her ideal breakfast includes brown bread with butter, 2 egg-whites (no yolk), 1 glass of sugar-free milk, fruit juice (occasionally). She typically eats a salad and brown rice with dal and vegetables for lunch and low fat foods with less oil around 7-8 pm for dinner, plus 1 glass of sugar-free milk.

On 28th June 2016, the Ishaqzaade actress tweeted, "I want to go on a trip, for a month, just to eat!!!" So, what does the actress love to feast on (other than pizza of course)? Parineeti is a big fan of Pooja Dhingra's Le15 Patisserie in Colaba, and recently had an amazing meal at The Reef House, Palm Cove in Queensland, Australia.

BEST MEAL EVER!! checkout the amazing @Le15Cafe in Colaba guys !The food is as sweet as the owner :) @poojadhingraapic.twitter.com/bMAt7XdKTw

Parineeti has never been a fan of the gym, or running on treadmills. The bubbly Hasee Toh Phasee actress has been mixing up her workout routine so she doesn't get bored of doing just one thing. She loves dancing, practising Kalaripayattu (a form or martial arts from Kerala), yoga, meditating and swimming. Pari (as she's lovingly called), hits the gym once in a while, just to create a balance. She believes that it's important to be consistent, stay active and sweat it out. (Hear! hear!)

This is the fittest Parineeti Chopra has ever been in her entire life, and she loves it. "I don't check my weight on the weighing scale. As long as my clothes are fitting me and I can wear better clothes, that is the most important thing," Parineeti Chopra told NDTV. Her biggest motivation is the mirror. "Every time I look at myself, I feel like working harder". Parineeti even created an Internet sensation with her 'Built That Way' photo shoot to celebrate her body and newfound confidence, inspiring women all over the world to embrace a fitter self.