The Monsoon Spice: How Hing (Asafoetida) Can Help You This Rainy Season 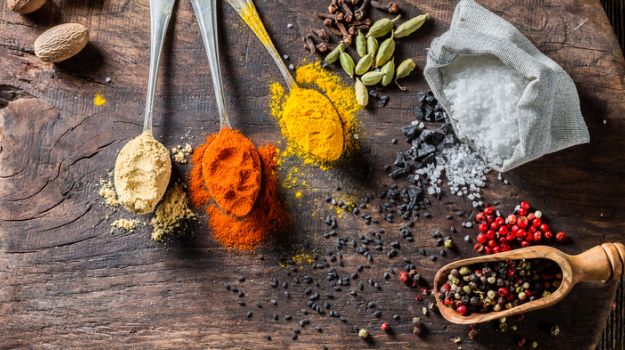 Vegetarianism takes different forms in India. It is not just enough to eschew meat - large chunks of people in the country do so in selective ways. But, vegetarianism in India even extends to eschewing certain vegetables and herbs. Because vegetarianism is predominantly associated with religious mores and rituals, these practices and cooking associated with them can be hard to understand for an outside observer. However, one common ritual associated with this kind of religious eating is the avoidance of onion and garlic in meals. No onion-no garlic cooking is common in many communities in the country that cook vegetables simply and without dominant flavours. This simple vegetarian food, however, is invariably flavoured with asafoetida, a rather pungent ingredient on its own, whose large-scale culinary use is perhaps distinctive to the Subcontinent.

Lentils are commonly tempered with asafoetida and vegetables that are not cooked using either onion or garlic to flavour them are invariably flavoured with hing, the Hindi word for the spice. In fact, hardly do you come across a curry with an onion masala as its base that also uses hing. Similarly dals, when they are tempered with garlic, a strong ingredient, are not tempered with hing at all.

The reason for this goes beyond the ritualistic. Asafoetida in fact contains sulphide compounds whose flavour profile is pungent and quite similar to what you get from onion and garlic. Hing, as a flavouring agent, is thus simply a substitute for pyaaz and lehsun, and approximates the same flavours as the latter.

Benefits of hing: Asafoetida contains sulphide compounds whose flavour profile is pungent and similar to onion and garlic

Though widely used in the cuisines of the Subcontinent, hing arrived here via Iran and Afghanistan, thanks to ancient trade, once the land route between Asia Minor and India began to be traversed widely. We can find traces of this link even today: the best hing is still Kandahri hing, with a stronger, more prominent smell.

The spice is actually a resin-like gum that comes from the stem and roots of the plant. It is dried and used, and since it is difficult to be grated, has to be crushed into a powder. What we commonly use today in our kitchens is not pure hing either. Most of it is a compound, which just has 30 per cent asafoetida, the rest rice flour and other gum.

Since it is a strong spice, cooking with hing requires some skill. You need to add just a small pinch to large portions of dal or curry; adding it to heated oil or ghee first so that the flavours are released. Less skilful cooks often burn the hing in the process and you can make that flavour out in the final dish. The task of letting it heat in oil just till the time it releases its flavours and aroma is delicate and can mark a skilled cook from a casual one.

Cooking with hing is thus much more subtle than cooking with garlic, whose overwhelming flavour can drown out every other flavour in the dish. Hing, while it has the same flavour pattern and is also quite strong, is always used in judiciously tiny amounts to balance flavours.

Benefits of hing: Cooking with hing is thus much more subtle than cooking with garlic

What it is also thought to traditionally do is balance the doshas, according to Ayurveda, particularly vata and kapha - air and water. One of the best spices to use during the rains, it enhances digestion, relieves colic pain and flatulence.

A common home remedy for children with bloated stomachs is to smear their abdomen with a little asafoetida dissolved in water. This is a cure in both India and Thailand. However, even western medicines often use the ingredient in their digestive preparations.

The ingredient is believed to be also anti-epileptic and an antidote for opium. But, it is its use in fighting influenza that has been widely studied. For a long time, asafoetida was a folk remedy for colds and asthma. In 1918, it was used to fight the Spanish influenza epidemic. But, it is only now - in 2009 - that some research has reported that it contains antiviral compounds that can be effective against strains such as the H1N1. The humble hing in fact is quite a super food in its own right, even if it is not as fashionable as others.

Benefits of hing: Hing is believed to be also anti-epileptic and an antidote for opium