7 Amazing Health Benefits of Cayenne Pepper: A Spice Like No Other 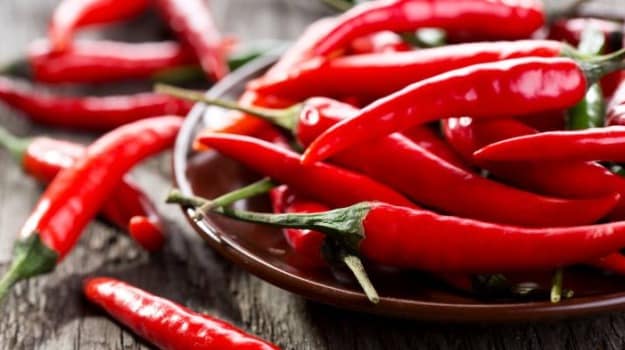 There is nothing as widely used and relied upon as cayenne pepper, to transform a mundane everyday-dish to a hot and spicy showstopper, especially in India. While the laal mirch (red chilli powder) in the circular masala-boxes at home, is only one of the many variants of cayenne pepper consumed in the different parts of our country, this condiment has been around for quite some time and is popular all over the world. It has different names and is available in different forms (fresh, dried, canned or powdered), and celebrated for much more than its role in the kitchen.

Cayenne Pepper takes its name from the Cayenne region of French Guinea. It is grown in the tropical and sub-tropical regions of India, Africa, United States of America and Mexico. It was introduced to the rest of the world by Spanish and Portugese travellers, who carried it from South America where it was cultivated for the first time.

Not many are aware that some chilli powder variants are not purely made from Cayenne pepper (having additives like fennel seed powder), but are perfect substitutes for it. One of the local versions is Kashmiri laal mirch powder, which is not too hot but imparts a striking red colour to food preparations.

Apart from exciting the palate, cayenne pepper also stimulates the production of various gastric juices and enzymes in the digestive tract, thus aiding digestion. It also helps in soothing intestinal gas problems. Dr. Shikha Sharma, a Delhi-based nutritionist and the founder of NutriHealth, advocates the use of cayenne pepper in our food to push for a healthy metabolic system.

Cayenne pepper stimulates the circulatory system. If had with a glass of warm water and fresh lemon juice in the mornings, it helps the body detoxify itself. It increases the body temperature, giving a kickstart to our metabolism. Another benefit of this early-morning drink is regulation of blood sugar levels.

This hot ingredient is also said to aid an upset stomach, and those suffering from ulcers. What's more? Cayenne pepper acts as the body's shield against allergens and can prevent migraine attacks. The gut has both healthy and unhealthy bacteria. Cayenne pepper keeps the gut healthy by maintaining an optimum pH balance that hinders the growth of the microbes in the gut.

Researchers from the Indian Institute of Technology, Madras, found that the compound responsible for chilli's heat has the power to kill prostate cancer cells. The findings suggest that with further research, the compound capsaicin found in cayenne pepper could one day be used to develop effective anti-cancer drugs in the form of an injection or pill.

As consumption of cayenne pepper raises the temperature of the body, it helps to decongest mucus and thus gives relief from cold and flu discomfort. A light sprinkling in a steaming bowl of healthy vegetable soup can go a long way to fight that pesky flu. Besides, it also has anti-inflammatory properties, which makes it a natural pain killer. It is also used as one of the components in topical pain relieving ointments and creams.

Promoted
Listen to the latest songs, only on JioSaavn.com
Most often heart attacks are caused due to blocked blood vessels. Not only does cayenne pepper help in regulating blood pressure levels, it also prevents the clotting of blood if consumed in optimal quantities on a daily-basis.

This wondrous spice starts working its magic even before reaching the stomach, ie in the mouth itself. It stimulates the production of saliva, which is great for digestion, and teeth and gum health. Moreover, it is said to aid in weight loss. Here too, the compound capsaicin plays a role where it helps in burning calories and curbs the appetite, if consumed regularly along with other beneficial ingredients.