A Weekend in Nainital: 6 Restaurants I Would Be Happy to Revisit 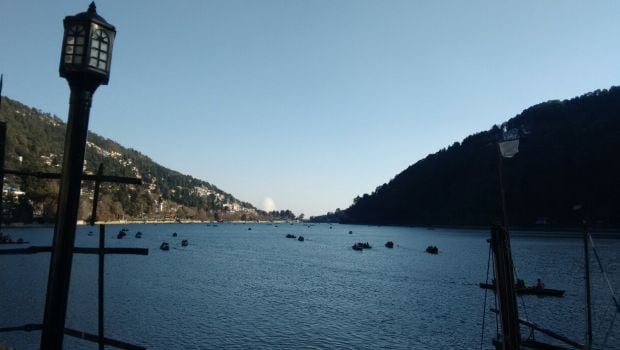 Highlights
Although it is often rated as a popular tourist destination of North India, Nainital is rarely admired for the stateliness of its British legacy. Few people know that Nainital was the summer capital of the United Province during the British Raj. It became a lively summer retreat for British soldiers who moved to the hills to escape the extreme heat in their base city, Lucknow.

In fact, the modern town of Nainital was founded by an English sugar trader, P. Baron who was in love with steep slopes and deep valleys. During one of his travels, he was told by a local about a beautiful lake on the other side of the hill. He discovered the Naini Lake and mesmerized by its beauty decided to establish a town there.

The influence is evident in the quaint wooden cottages, colonial buildings, prestigious English schools and cobbled pathways. On one of the misty mornings, I took a leisure walk to Jim Corbett’s Gurney House where history and nostalgia take centre stage. This lovely 19th century British cottage belonged to famed hunter-conservationist and writer Jim Corbett. The cozy fire place, graceful French windows, the sprawling verandah, skull mounts and the vintage furniture will take you back in time.It was only during the 20th century that Nainital started transforming from an English preserve to an Indian retreat when bureaucrats arrived and settled here. The serenity of this otherwise quiet town drowns in the hustle bustle of the mall road but the charm has endured through time. It is the place to taste a colourful slice of local life and while you’re at it tuck into the Bun Tikki and Masala Sandwich at N.K Stores.

Nainital vibrates with the energy of its past and each of these restaurants celebrates the richness of our blended heritage while keeping a part of the European culture alive.

This dainty café is more like your friend’s house – the perfect place to while away an afternoon. The antique and contemporary look with exposed bricks, rustic wooden tables, chalkboard menus and funky graffiti spilled over the walls reflect the British-inspired aesthetic. So does the food. I enjoyed a hot cup of caramelcoffee with a warm and buttery apple pie. The banana walnut muffins are quite addictive while the alfredo sauce pizza was divine with a homemade crust that was light and airy. The café has a lovely outdoor seating for when the sun is out.

It is worth driving a few miles out of the town to Bhowali for a refreshingly untouristy experience. Tucked between lush oak trees is an all-white 50-year old cottage with a gorgeous view of the mountains. The landscape is straight out of Van Gogh’s painting and when you leave you want to take a piece of it with you.

The menu is made up of seasonal continental dishes that comprise of a lavish 9-course meal prepared by the owner, Pawan Seth and her son Akshay Seth. Home-grown organic produce is used to dish out delicious treats - from a warm spinach dip and zucchini soup to a cheesy baked broccoli pie and an enticingly moist carrotcake. You can choose to eat at the antique dining table that nests in a cozy room or pick a spot out in the open. Don’t forget to ask for the Bloody Mary (virgin but you can carry your own alcohol to spike it up); it’s the best that I’ve had. And in between eating and drinking you can walk down to the stream, secluded from the noisy plains, to enjoy the sound of nature. The family hosts one group at a time so make sure you book yourself up for it before you decide to head out.

The Boat House Club offers a beautiful picture postcard setting. Anchored on the banks of the Naini Lake, you can spend a sunny afternoon gazing at the still waters and sipping beer on the deck. The club culture was introduced in India by the British with the purpose of providing a casual space for social communion where they could get together or simply unwind after a long day’s work. Back in the day, it was famous for ballroom evenings and yacht races that have now been replaced with band nights and touristy boat rides. Nevertheless, the Boat House Club is as retro as it gets with hanging lamps and homey sofas oozing laid back vibes. Don’t expect much from the food, it’s the view that you’re here for with a dash of colonial hangover.

Walk up to Café Chica for an English breakfast you can have while enjoying the fresh and invigorating mountain air. Housed in a 140-year old mansion that looks right out of British era, this outdoor café is the perfect spot to absorb the natural surroundings. My breakfast table was filled with classics like a freshly made roast chicken croissant, scrambled eggs on toast, a buttery bread pudding and a cup of hot chocolate – everything worth getting out of bed for.

If you have time, take a tour of the house. From the pinewood flooring to the plate hangings and the Italian marble busts, the house is adorned with the rich legacy of the past. Built in 1876, the ‘Abbotsford Lodge’ was owned by an Englishman, John Hope Simpson and was later bought by the Prasadas who rechristened it as ‘Prasada Bhawan’.

A sophisticated but informal restaurant located right in the middle of the Mall road. Come here only to indulge in a piping hot sizzler – the kind of warmth you need on a chilly day. A juicy chicken patty of minced meat (not like something I’ve had before) enlivened with a delicate brown sauce of dates, tamarind and nutmeg served on a sizzling bed of sautéed veggies. Did I mention crisp fries?

Listen to the latest songs, only on JioSaavn.com
Address: Mall Road, The Mall, Nainital

With its pretty pastels and floral prints, Sakley's preserves memories of the old, pristine Nainital. The oldest bakery in town, it was started by Swiss Chef Salcheli and is loved for its home-style pastries. Drop in for the banana toffee or the molten chocolate truffle, they are guaranteed to make you smile.

The shops and restaurants close early and without the crowd to distract attention, evenings take on a more distinguished air. By 9 pm the mall road is sleepy and I stroll back to my cozy cottage at Vikram Vintage. The mountain resort is the best place to indulge whenever you need a reason to get away from the city. Far from the chaos and up on the hill, offering nature walks, homely food and most of all, total peace and quiet. The live music nights, held every once in a while at the Season's restaurant, with open fire under the starry sky bring the hills to life.