First Look at The Menu of India's Fastest Train, The Gatimaan Express 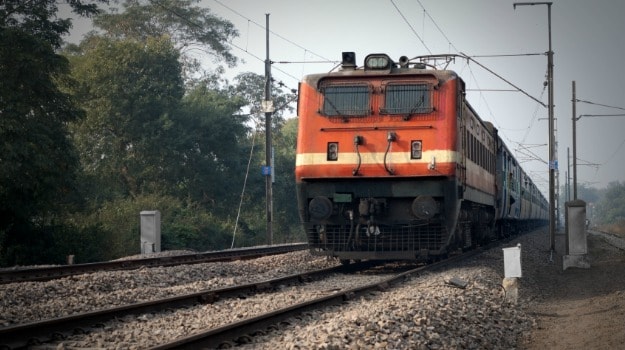 Image is for representation purposes only

The wait is finally over - India's fastest train, The Gatimaan Express, has just been inaugurated today, on Tuesday, 5th April 2016. Starting a new chapter in the history of the Indian Railways, the train hit the tracks at Hazrat Nizamuddin Station, New Delhi by Railway Minister Suresh Prabhu (with a music band playing shehnai in the backdrop, that too). The Gatimaan Express is India's first semi-high speed train which shall make day trips to Agra a breeze. The Taj Mahal is now just a few minutes away. The Gatimaan Express will run at a maximum speed of 160 km per hour, covering the 200 km long distance in 100 minutes. Passengers will be graciously welcomed with roses and ushered to their seats by train hostesses (a first, outside of super luxury trains like the Palace on Wheels). In addition, they will also be given free access to wi-fi and multimedia entertainment including movies, TV shows, sports videos, news and cartoons during their journey. Now, that's a journey to look forward to.

What's On The Menu?

The Gatimaan Express plans to provide the best possible services in terms of food, at par with airline-style catering. The hostesses will be serving both Indian and continental cuisine. Think: Chicken Sausages with Spanish Omelette, plus slices of Date Walnut Cake in case you need to satiate your sweet tooth. If you're jumping on the calorie-conscious bandwagon (pun intended), you can opt for the Whole-Wheat Upma, Kanjeevaram Idli, or Freshly Cut Fruits. In the mood to indulge? Aloo Kulcha, Mini Dosa, Chicken Roll and Swiss Roll are also on the menu. And did we mention that everything will be served in Bone China? Yes, The Gatimaan Express has indeed planned quite the gastronomical journey for you.

Image is for representation purposes only

Promoted
Listen to the latest songs, only on JioSaavn.com
The 12050 Nizamuddin-Agra-Nizamuddin Gatiman Express will run six days a week in both directions, except Fridays since the Taj Mahal is closed that day. As per the Gatimaan Express Timings, the train will start its journey from Hazrat Nizammudin, New Delhi at 8:10 am and reach Agra Cantt. at 9:50 am. It will depart from Agra at 5:50 pm on the way back, and reach Nizammudin Station at 7:30 pm. So what's different about this train? The Gatimaan Express has two Executive AC Chair Car and eight AC Chair Car coaches. The train also has a high-power emergency braking system, automatic fire alarm, GPS-based passenger information system and automatic sliding doors. The Indian Railways plans to roll out such trains on nine more routes in the near future, including Kanpur-Delhi, Chandigarh-Delhi, Hyderabad-Chennai, Nagpur-Bilaspur, Goa-Mumbai and Nagpur-Secunderabad.

CommentsPlanning your next trip to Agra? We surely are.