Happy Bakra Eid (Bakrid) 2016: A Festival of Great Food and the Spirit of Giving 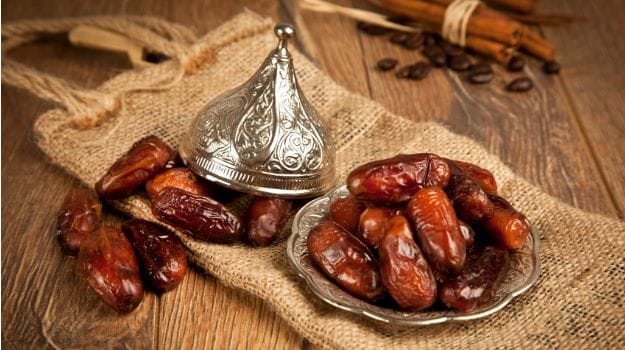 Bakra Eid or Barkrid is also known as Id-ul-Zuha or the Sacrifice Feast. It is possibly the holiest day in the calendar year for Muslims worldwide. This year, Bakrid is being celebrated on 13th September 2016 in India.

To Talha Nazim, who dotes on his wife Tabassum's biryani, the spirit of Id-ul-Zuha (Bakrid) is that of love. It is about the God's love for Abraham and Abraham's love for God. The custom of Qurbani, or animal sacrifice, which is followed through the Islamic world on this day, is a reflection of this spirit. It stems from the belief that to see benefit in your life you have to work for the benefit of others. This is why it is said that a sense of charity lies at the heart of the festival.

The animal originally sacrificed was a ram but this can be adapted according to the customs and laws of the land. So it could be camels in the gulf, and, in Indian states like Maharashtra and Delhi, goats are sacrificed. The cost of sacrificing larger animals such as a camel can be shared by 7 people and the meat is divided among them. Goats are usually purchased by individuals.

The important thing is that one third of the meat from the animal sacrifices has to be given to the poor. One third to one's family and neighbours. The rest can be kept for oneself. The spirit of sharing and helping those who are less fortunate is paramount and at the heart of this festival. The essence of Bakrid, if one had to pinpoint, is one's intentions.

One often reads about the prices of goats sacrificed for Eid in Mumbai and the high prices paid for the more prized ones. Boasting about the price paid for the goat slaughtered is not considered to be in keeping with the spirit of Islam says Talha. It is more the intention to share with the poor, and one's willingness to let go of what is dear to one, that the day is about. The festival espouses a sense of humility and sensibility to the feelings of others. Which is why the meat shared is meant to be given quietly to the poor without them being made to feel conscious of their circumstances.

Customs around Bakrid take into account practicalities of life. If one is poor and in debt then one is not needed to sacrifice an animal. One can fast instead. If one lives in an area where animal sacrifice is not possible in keeping with the sentiments of others in the locality then one can get it done in an abattoir or one can send the money to get a friend or relative do it by proxy somewhere else. The animal sacrificed is not supposed to be slaughtered in front of other animals.

The sacrifice is to be done by adult males in the family. They are supposed to go to the mosque in the morning on an empty stomach and eat only when they are back. Ideally one is supposed to give the raw meat to others and not cooked dishes. This allows those receiving the meat to prepare it according to their own preferences.

Food writer, Marryam H Reshii says that her family in Kashmir bought a fridge solely dedicated to storing the meat received on Bakrid. For a week, every meal eaten was centred around the meat received. They would even have botis for breakfast. She admits that by the seventh day even the staunchest non-vegetarian at home begins to thirst for a vegetarian, meat-less meal.

Bakrid is about spending time with one's family. Marryam's husband makes it a point to go back to his native Srinagar for this festival. Talha usually tries to go back to his home in Patna. This year he is in Mumbai and his wife Tabassum is cooking a biryani feast for their friends. Talha's uncle in Patna will sacrifice a goat through proxy for Talha and the meat will be given to the poor there.

The dishes cooked during Bakri Eid take on a regional flavour. In Marryam's home in Kashmir it will be Rogan Josh, Korma and large Boti kebabs. In Bihar and Bengal it's about grilled tikkias (a biscuit like bake), the ubiquitous sheer korma made with semiya and for breakfast, liver fry and parantha and Kheema Masala, kofta, tikka and biryani for lunch. In the South the dishes have a heavier use of coconut in them given the abundance of coconuts in areas such as the Malabar region here. My Muslim neighbor, Farida aunty in Mumbai, make dishes such Daal Gosht, khichda and biryani (very different from the Calcutta styled biryani Tabassum make) and shares these with us.

One of my fondest memories of Bakrid is when one of our neighbours, Alu Bhai, gave us some fresh mutton. The Kosha Mangsho that I made with it tasted exceptional and the meat was so tender.

For me everything boils down to food at the end. But that is what this festival is all about. Great food and the spirit of sharing it with others. Bakra Eid Mubarak to all of you.

Listen to the latest songs, only on JioSaavn.com
About the Author:
Kalyan loves to eat and he loves to talk about all that he eats. His wife urged him to start writing about it, otherwise she would have to hear it all. He blogs as 'finelychopped' and is the editor at large for the India Food Network.

Disclaimer:
The opinions expressed within this article are the personal opinions of the author. NDTV is not responsible for the accuracy, completeness, suitability, or validity of any information on this article. All information is provided on an as-is basis. The information, facts or opinions appearing in the article do not reflect the views of NDTV and NDTV does not assume any responsibility or liability for the same.