Happy Birthday Karan Johar: 5 Things The Filmmaker Did To Lose 17 Kgs In 4 Months 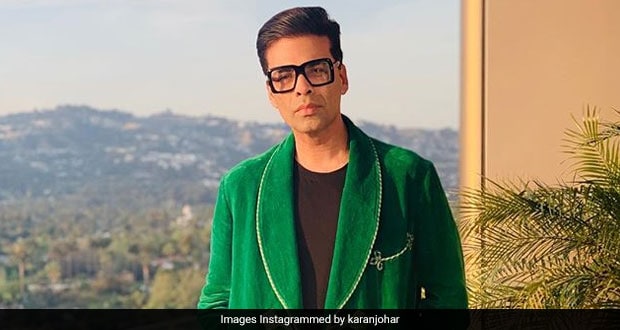 Karan Johar Weight Loss Diet: Here's how the 47-year-old shed all that weight

One of Bollywood's biggest director producers, Karan Johar is celebrating his 47th birthday today and wishes from industry friends and fans from around the world have been pouring in on the interwebs. Johar has had much to celebrate this year, as his most recent production 'Student Of The Year 2'starring Tiger Shroff, Ananya Pandey and Tara Sutaria was a hit at the box office. He also produced a multi-starrer 'Kalank' this year and is working on another much-awaited multi-starrer 'Takht'. While the former saw Alia Bhatt, Sonakshi Sinha, Siddharth Roy Kapur and Varun Dhawan in the lead, the latter also has an exciting cast including Janhvi Kapoor, Anil Kapoor, Vicky Kaushal, Bhumi Pednekar, Ranveer Singh and Alia Bhatt. Johar has also been setting dad goals by showing off his doting side to the world, after the birth of his twins Yash and Roohi, who were born in February 2017.

Karan Johar is very active on Instagram and regularly posts updates about his current and upcoming projects. Johar 'wowed' everyone by losing a whopping 17 Kgs in just four months in December 2017. He had debuted his new and fit self on his social media pages, getting everyone talking about how he managed this humongous fitness feat. He had a lot of help from celebrity fitness trainer Kunal Gir, who has also trained the likes of Ranbir Kapoor, Rana Daggubati and Rakul Preet Kaur. Gir had spilled the details about how he helped Johar shed all that weight and inches, in interviews to numerous websites and publications.

1. No Sugar: Sugar is known as the enemy of your health and if you have been consuming excessive amounts of it in your diet, it is most likely hampering your weight loss. Karan Johar ditched sugar completely to shed weight.

Also Read: How to Control your Sugar Intake? 5 Ways to Cut Down on your Treats!

2. Less Carbs: Reducing the amount of carbs in your diet may help you lose weight faster. It certainly helped Johar, who focused on proteins and vegetables more. However, a lot of health experts and scientific research studies have argued in the favour of including carbs in your diet for a healthy life.

3. Nuts and Seeds: Kunal Gir revealed that Johar mostly got his calories from proteins and fats, as he was put on a variation of the ketogenic diet. He was therefore, asked to eat a lot of raw nuts and flaxseeds, that are rich in both proteins and healthy fats, along with essential vitamins and minerals.

4. Cheat Days: Gir said that insisted Johar had cheat days where he could eat anything without being met with disapproval from the trainer. A lot of people on ketogenic diet chose to do carb loading on cheat days.

5. Perseverance and Discipline: Gir gave a shoutout to Karan Johar on his Instagram account calling the latter "one of the hardest working man I've had the pleasure of training". For his part, Johar also revealed that he had been training with Gir for almost a year, before the results started showing. Johar said that he had fun training with Kunal, but what this teaches us is that one must persevere and not lose hope.

Well we wish the maverick filmmaker and producer Karan Johar a very happy birthday and wish he continues to entertain us.