Diwali 2020: As the festival made its transition from being a celebration to becoming a shopping extravaganza, many food traditions have got lost. 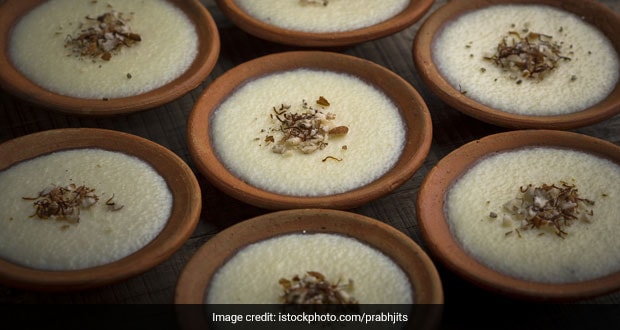 Diwali 2020: These foods have long been forgotten.

I wonder if anyone remembers traditional Diwali foods any more. The festival of lights has been redefined as the festival of flash. It's the season of excess and of parties, where all you need to worry about is which caterer or cook to call to deliver sealed pots of biryani—everyone's favourite after-cards food.

Traditionally, of course, Diwali foods have been much more than just party foods. However, as the festival has made its transition from being a celebration within an essentially agrarian society to becoming the shopping extravaganza that it is today, many of these foods and food traditions have got lost. Kheel-batashe belong to that league of lost foods that we hardly ever see any more, at least in the cities.

Kheel (a form of puffed rice) and batashe (sugar confections) were typically part of Diwali festivities on the main day of the Lakshmi Puja. Food rituals around festivals are often symbolic. The charms stirred into Christmas puddings were meant to ensure prosperity in the households. Similarly, newly-harvested rice in the form of the rough, unflattened kheel was put at the altar in the Hindu universe, before lit diyas, to promot efood security for the entire household in the months to come.

The Kharif harvest that is marked by Diwali, brings in both paddy and sugarcane on to our tables in many parts of the Subcontinent. Rice and sugar thus are the two main ingredients that you find in so many traditional Diwali eats. There's the rice kheer made on the last day of the five-day fest—on bhai duj, a festival more ancient than “rakhi”. And there used to be the likes of the now almost lost anarse, a typical Diwali sweet from northern India, made with rice flour, ghee, sugar and sesame seeds. I haven't come across a home frying these up in a while.

A variety of rice based snacks would also be made this time of the year—the munchies made from dried rice powder stored away for future use. Ricepapads and kachri were common crisps in so many parts of the country before the advent of packaged potato chips and fryuums. These would often be made in homes months before Diwali, sun-drying on sheets on the terrace. With the advent of winter, it was natural for people to want some fried comfort and these were the go-to snacks.

Pinni, a flaky confection from the hills, particularly Nepal, is a sort of mathri but where the maida is layered with rice flour as well. Painstaking to make but utterly sophisticated, this is a traditional Diwali snack too that may soon find a place in the growing tribe of lost recipes of the Subcontinent. In Old Delhi homes, another form of special mathris would be made this time of the year—Deewale, called that because you pressed down on the dough with your thumb to make an impression shaped like a diya.

The other ingredient that dominated Diwali snacks and sweets all over the country was chickpea flour, or besan. Heavier than wheat or rice and thought to give warmth to the body, besan was cooked with ghee to give us many warming, winter foods—from laddoos to besan ke sev, thin noodle-like fried snacks. The Farsi poori from Gujarat layers besan with wheat flour. While the puran poli from Maharashtra, another traditional Diwali food, has it stuffed inside the folds.

Promoted
Listen to the latest songs, only on JioSaavn.com
Diwali, of course, is not just about lights. The five-day festival has so many myths woven into its fabric. Govardhan Pooja—celebrating the story of Krishna lifting up the mountain to preserve life threatened by Indra's wrath and incessant rains—is the fourth day of the festival. This is also called annakoot, a day marked by a feast prepared from all the new vegetables and fruits of the season. It was common practice about two generations ago to get a few hundred grams of all the greens, veggies one could find in the market that morning and to make a dish out of these. The dish, like the festival, was called annakoot too and was a festive offering , symbolising the bounty of the land in the months to come. A new year had begun, with new and fresh tastes.

CommentsThe opinions expressed within this article are the personal opinions of the author. NDTV is not responsible for the accuracy, completeness, suitability, or validity of any information on this article. All information is provided on an as-is basis. The information, facts or opinions appearing in the article do not reflect the views  of NDTV and NDTV does not assume any responsibility or liability for the same.