Pongal 2016: From Cooking Up a Feast to Decorating Rangolis and Bull Baiting 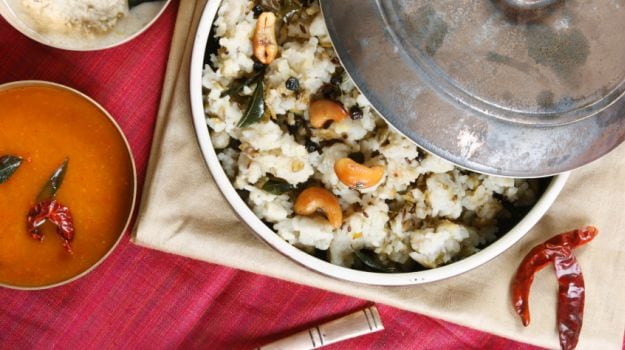 My first memories of Pongal are synonymous with the ‘Pongal test match’ at the MA Chidambaram stadium. The Indian equivalent of the boxing day match when almost without exception, Chennai would host a visiting test team every January. A tradition that dates back almost 100 years when the Annual Indians vs Europeans Pongal match would always take place around the Pongal festival. Unlike Melbourne’s boxing day test, Chennai has lost this great tradition to India’s frenetic international schedules. But Chennai is hardly the place to celebrate Pongal - arguably the most important festival in the Tamil calendar. The real festivities take place in the state’s rural and fast expanding small towns.

‘Thai pirandal vazhi pirakkum’ (the onset of the month of ‘Thai’ brings new opportunities). Like most harvest festivals across India, Pongal coincides with the beginning of the six-month northward journey of the sun. The festival is celebrated on the first day of the Tamil month of Thai (pronounced thigh) and is often referred to as Thai Pongal. The entire festivities last four days (typically January 13th-16th or 14th-17th) and similar to the extended Puja weekend in West Bengal, the entire state gets into festive mode.

It all begins with Bhogi the day before Pongal when old possessions are burnt before sunrise in a bonfire (akin to Holika in some parts of Northern India). It is believed that this bonfire burns down all the negativity of the year gone by, ushers in a new positive energy and prosperity with the onset of Pongal. In neighbouring Andhra Pradesh where their harvest festival Sankaranti coincides with Pongal, kids wear new clothes and are showered by Bhogi Pallu – a mix of rice, gooseberries, sugarcane and other food materials to ward off evil spirits.

A special Paal Payasam (Milk kheer) is cooked in some homes on Bhogi and once the bonfires peter out, everyone shifts to festive gear. Houses are cleaned (whitewashed in some cases) and entrances to houses are adorned with large kolams (Pongal rangoli) with traditional rice flour and a riot of colours. Quite a few neighbourhoods in Chennai host Pongal kolam contests where entire streets are taken over by gorgeous kolams that sometimes take a whole night to craft.

It’s Pongal Thirunaal (falls on January 15th this year) or Pongal day that is the most important day of the festivities. In many ways this festival is a ‘thanksgiving’ to the Sun god for an abundant harvest and begins with cooking pongal in large earthen pots outdoors. The first pongal of the year is usually a Paal Pongal (Milk Pongal) where the first rice crop (of rice) of the year is cooked with milk and a pinch of salt. Even the earthen pot wears a festive look and are encircled with freshly harvested ginger and turmeric. Old timers tell me that there is symbolism everywhere – the fire resembles the sun, the pot is equated to the soil while the rice in the pot symbolises the crops.  And when the pot brims over (you will also hear ‘pongal o pongal’ chants) it is meant to signify a bountiful harvest.

Pongal is a play on the Tamil word ‘pongu’ meaning ‘to boil over’. It’s not just Paal Pongal, some households also make the Ven Pongal (a popular breakfast item across Tamil Nadu) spiced with whole peppercorns and curry leaves and the sweet Sakkarai Pongal. Some communities in Tamil Nadu also make a kuzhambu (gravy) with a mix of all country vegetables that is served as an accompaniment for the pongal.

If Pongal is a thanksgiving for the sun god, the next day - Mattu Pongal, is one of the few festivals in India dedicated to farming animals. Cows and bulls are adorned - you will find some dazzling colours on the horns of bulls across the state, worshipped and also offered pongal and fruits. Farmers take their cows and bulls around the village and people shower cattle with offerings from dhotis to fruits. It’s also the day when the now controversial Jalli Kattu (bull baiting and not bull taming like in Spain) with specially bred bulls takes place. It’s common for Pidi Kozhukattai (hand-made rice dumplings with jaggery) to be made on this day.

Day four is a day of celebration and social visits. Kaanum (to see) Pongal takes its name from these visits when it’s common for families to jump on to their bullock carts (mostly tractors or other vehicles these days) and either call on relatives or congregate around rivers or temples and dig into their packed lunches. It’s the only day during the Pongal festivities when meat and seafood are cooked. A kuzhambu with karuvadu (dried fish) and pachai mochai (green beans) is a Kaanum Pongal special and so is a spinach dish cooked with drumstick leaves. Quite a few villages host a Pongal thiruvizha (carnival) while in the big cities everyone makes a beeline to parks and beaches. It’s also become a modern tradition across Tamil Nadu for people to catch the latest Pongal film releases on Kaanum Pongal. That’s one of the only changes in a festival with traditions that date back over a thousand years and one of the only four-day long thanksgiving ceremonies to nature anywhere in the world.

1. Take quarter cup each of rice and yellow lentils and soak them in 1½ cups of water for 15 minutes. Cook the dal and rice together in a pressure cooker for 10 minutes on a low flame. Remove from heat and allow the pressure to release naturally. Set this aside.

2. Take jaggery and boil it in water until the jaggery is melted. Remove from heat. Strain the boiled jaggery water on a muslin cloth. Set aside.

3. Take a small pan and set it on a low flame. Add the ghee and the cashew nuts. Roast on low flame until lightly brown. Add the raisins and wait for it to plump up. Once it’s plumped up, remove from heat and transfer to a small bowl. Set aside.

4. Mix the jaggery water and the cooked rice and dal mixture and set it on a stove on low flame. Keep stirring constantly. Let it simmer for 2-3 minutes. Add in the cardamom powder.  Now add in the ghee and nut mixture and stir until all the ghee is absorbed into the pongal.

5. Remove off heat and serve hot or at room temperature.