The Downfall of Continental Food in the New 'Global Cuisine' World 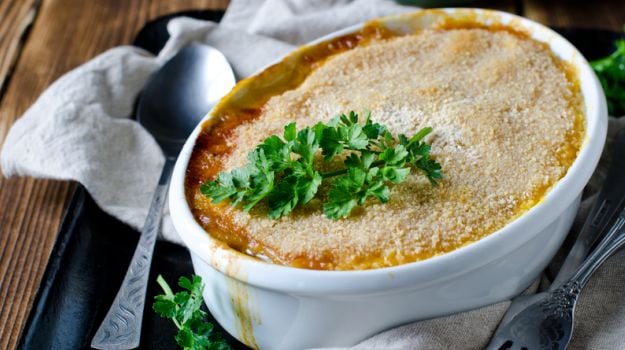 The most telling comment on #Brexit, the UK voting itself out of the European Union, comes on my Twitter TL from someone whose reading of history isn't untinged by irony. "June 23, 2016: The power that colonised half the world killed itself out of fear of colonisation," reads the mock RIP. Colonialism is long dead and the post-world has fallen through a rabbit hole, turned upside down. But if this sense of political irony is telling, the history of food has always been full of such delicious subtext.

"Continental food" is a term that most of us in India recognise immediately though most of us would be hard put to define it and indeed those of us born in the post-Liberalisation world may not even have ever eaten any of it. We are more at home with burgers and American-style pizzas than with cheesy au gratins and cutlets of the past. Like many things both good and bad - the Railways, English education, bureaucracy, bed tea and porcelain plates on Indian dining tables and so on - "Continental" food is, of course, a Colonial construct: The term used by the English to stand for 19th and early 20th century fashionable French (and Italian) food.

Despite Great (and now not so) Britain's tumultuous, on-off relationship with what they dismissively called "the Continent", the latter, especially the non Puritanical France and Italy, were also seen as utterly desirable. We see references to this mindset constantly through 19th and 20th century English literature. For instance, the love affair of all the 19th century Romantic poetic greats with Italy is fairly well known.

"How beautiful is sunset, when the glow of Heaven descends upon a land like thee, Thou Paradise of exiles, Italy!" writes Shelley. Both Shelley and Byron spent their "exiles" in Italy and are buried there. Both had an enduring love affair with that country, its literature, its arts, and some of its women. While they may still lie in Protestant cemeteries, their tastes were Catholic enough.

What is Continental Food?

It's fair to conjecture that the Continent-primarily France and Italy-exercised an exotic pull on the English imagination much like the "Orient". It was to be simultaneously rejected for its lax morals including the use of garlic in food (as we are told by a member of Mrs Dalloway's society), as it was to be appropriated.

Appropriating the Continent meant appropriating its food; the flair of its sauces and dessert a far cry from kippers and mash. If French food began to connote global gourmet sophistication higher than any other cuisine, it was to a large extent, ironically, because of British Colonialism.

The service that evolved in France - ironically from a la francaise, bringing all the dishes to the table all at once, to a la russe, Russian style, where dishes were served in strict order from cold to hot and savoury to sweet - became the gourmet gold standard.

"Mother sauces" from espagnole, velouté to béchamel that had come into existence in France post the Revolution in the late 18th-early 19th century not only gained common culinary currency but were gradually passed down to the khansamas of Kolkata too, when the old Mughal cooks attempted to create dishes fit for their new masters. And finally when Escoffier's haute cuisine became fashionable, it didn't just remain restricted to the great hotels and restaurants of the Continent - and America, another British colony - but to the rest of the world. Even in Lutyen's Delhi, there were aspirations to the newly created peach melbas and crepes Suzette.

French food had always been heavily influenced by Italian gastronomy - and continues to - right from the time of the arrival of Catherine de Medici and her retinue of Florentine cooks into the court in 16th century. She married the man who was to become Henry II and that legacy spawned amongst other things sorbets, macaroons, zabaglione, as also the dominance of sauces, truffles, mushrooms, artichokes and more in French and therefore "Continental" food.

The Continental Food Era in India

In the Jewel in the Crown, India, Continental food began to connote for the aspirational Babus, the new class of bureaucrats created by the British to rule just like them, a whole set of sophisticated dishes totally different from the Mughal kebabs, rice, breads and curries that had made up gastronomy just 100-150 years ago: bastardised cassata ice cream, the newly minted 20th century inventions, potato chops (instead of veal cutlets), vol au vent, coq au vin and pasta and "English" vegetables in bechamel sauce, gratinated. This was the new food of the upper class colonised people along with party bits of shami kebab and smoked hilsa that passed muster with English tastes.

Ladies started giving themselves airs learning souffles and cooks took to making custards even as desi royals took to their clarets and champagne - both expensive Continental exports to Great Britain's aristocracy, whose hold has not been quite shaken as yet.

Downfall of the Empire

In the post-Colonial world, post Cold War and post Liberalisation world, this is food we don't recognise any longer. Red Velvets and New York cheese cakes are the great equalizers, your measure of sophistication may be measured by whether you recognise that pizza should be "original, Italian, thin crust" and not the imported from America, cheesy type. And if many of our food fashions still arrive in New Delhi, Mumbai and Bangalore via London, it is food from other former European colonies that are trending-ceviche and hoppers to name just two.

Continental food as a construct has been demolished in a new "global cuisine" world order that does know a smattering of French gastronomy but is trying to use local ingredients in MasterChef Australia type creations. Foams and smoke are the nouvelle lightened sauces; and even if their origins be El Bulliesque "Continental", their spread has been decidedly more democratic-through the idiot box and through the Internet that knows no boundaries. The most sophisticated "international" food today is a mishmash of many different influences from a world that refuses to be boxed in. You can't isolate it as belonging to a particular country or even region. Even in Britain.