Makar Sankranti 2018: Til is Customary But Pitha Rules in the East 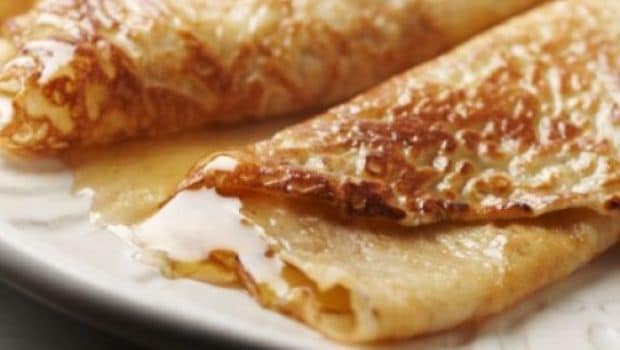 Highlights
I called up my grandmother in Kolkata from Mumbai to chat the other day.

"It's getting cold here," she told me. "I am growing older you see and when you get older you feel the cold more. It will get colder when Shonkranti (Sankranti) happens," she said sounding a tad wary.

To divert her mind, I changed the topic and said, "Shonkranti? That's when you made us peethe and patishapta while we were growing up. I used to help you too. I would make a mess while flipping the patishapta (stuffed rice flour crepes typical to Bengal), remember? And then, after I moved to Mumbai, you used to send me tiffin boxes full of peethes."

I could sense the smile creep back into her voice as she said, "that was nothing. When I was a little girl in Dhaka my mother, aunt and granny would make loads of peethes and pathishaptas. There were pulis (dumpling) and then sheddo (boiled) peethes as well. Those looked like what you eat in Chinese restaurants."

My mother, Rekha Karmakar, didn't make patishaptas when I was growing up though. My grandparents had wanted her to focus on her studies and not spend time in the kitchen. My late father used to make patishaptas for me on Sankranti when I was a toddler in the UK, my mother tells me. He would add in condensed milk which was more a British influence as this was rarely found in India in the mid 1970s.

My mother has fond memories of eating peethe and pathishapta on Sankranti while growing up and she has chronicled some of these stories on her blog, The Tabulous Mom.

Like me, my mother's Sankranti memories involve her grandmother too. She says, "My earliest memory of 'pithe and puli' goes back to Jalpaiguri, North Bengal, where my maternal grandmother used to prepare them for us. After cooking lunch for a dozen folks, she along with my mami (maternal aunt), would start making the sweetmeats, the preparations for which had started a day before. She would soak rice in water the night before. Next day, she would grind the soaked rice on 'shilnora' (a three inch high flat piece of stone on which the rice would be ground with another longish round stone, sliding it up and down) and make batter for various types of pithe and puli."

I was fascinated to hear from my mother about the various types of peethes and pulis which are there. Some fried, some steamed. Some cooked in milk. Some stuffed with grated coconut. Some stuffed with ranga alu or sweet potatoes.

She might not make pithes herself, but my mother can sure tell stories about them!

My mother often laments the fact that making pithe and puli is a bit of a lost art today and in a way she's right. There are fewer people making peethes, patishaptas and pulis at home in urban cities now. You do get them in sweet-shops in Kolkata now but those can rarely match the ones made by the grannies of yore.

The Bengali tradition of making peethe and puli spreads across both Bangals (from East Bengal) and the Ghotis from the West. Recipes vary from house to house.

'Are they still made in Bangladesh?' I asked my friend, Kaniska Chakraborty, a food enthusiast who spends a fair bit of time in Dhaka, writes a newspaper column on the local food there and hosts a radio talk show too.

Kaniska tells me that Bangladeshis have taken peethe making to a level of 'obsession' and that they make a variety of pithas, as they call it, sweet and savoury. Rice is the base in most cases, lentils are used occasionally. Pithas are made in both Muslim and Hindu houses on Sankranti. "It is a cultural rather than a religious thing," says Kaniska.

Interestingly, there are different versions of peetha made across eastern India for Sankranti. Take Odisha for example, whose cuisine offers many dishes which overlap with those from Bengal. Prasunika Priyadarshini is a market researcher who is an Odiya and currently based in Mumbai. She lived in Rajasthan while growing up. Come Sankranti and her mother would serve her hot and crispy sooji peetha (made with semolina in the batter and with a longer shelf life that rice flour peethas) straight from the pan and podo pitha, which is baked and has coconut in it.

Prasunika's favourite remains the kakra peetha, a sweet fried dumpling made with rice flour and jaggery. There would be mudi muan too, or moa as we call them in Bengal, on Sankranti. These are puffed rice-based laddoos made with jaggery. Like my mother, Prasunika doesn't make pitha either. When she goes home now, her mother and her mother-in-law pack tins of her favourite kakra pitha to bring back to Mumbai.

Til and Ghila Pitha in Assam

All this peetha talk reminds me of the Assamese pitha, which is like a chewy, thin rice paper roll that I had eaten at Gitika Saikia's Assamese food pop up. They were similar to Bengali patishaptha in form but a lot drier and thinner.

I spoke to another Mumbai-based Assamese, Monalee Hazarika on this. Monalee is the co-founder of MTeahouse, which imports teas from her native Dibrugarh in Assam. She told me that in Assam, Sankranti is celebrated as Magh Bihu. When she was a child she remembered her father stocking up on rice, dals, cheera (beaten rice), jaggery, coconuts, potatoes and sweet potatoes more than ten days in advance for Bihu, the harvest festival. Her mother would start preparing for the feast three days before by cleaning the rice, putting it in the sun to dry and then grinding it. She would make coconut laddoos and pithas for the occasion despite being a working woman.

The pithas I ate at Gitika's place were the til pithas. Thin rice paper rolls stuffed jaggery and sesame seeds. There are also fried rice flour dumplings called gheela pitha. On the morning of Bihu, the family would get together and have 'jolpan' of cheera, curd and jaggery and then little Monalee would munch on peethas on the sly while her mother made the family a special lunch of rice, dal and meat curry.

Til Dominates Sankranti Festivals in North

There are various Sankranti food traditions across the rest of India. As you move North and Westwards from the East, til takes centre stage. Til or sesame seeds are considered to have heat inducing properties which make them popular in winter and on Sankranti.

Veera Dixit, an IT professional who now does pop ups in Mumbai featuring the food of Banaras, talks of the mava-based til laddoos which were made in house wherever they were in India on any given Sankranti. Her father traveled across the country on work and yet Veera's mother would try to keep their Banarasi food traditions alive regardless of where they were. While the festival is called Sankranti in Veera's native state of Uttar Pradesh, it is called Lohri in her neighbouring Punjab. Til forms a part of the festivities there too in the form of gajjak.

An in the West Too

Maharashtrians love their til gud laroos on Sankranti. Bimba Nayak, a Mumbai-based sugar craft artist and cookery teacher, talks of the til ladoos she and her cousins used to help her grandmother, mother and aunts make when she was a child. Since they belonged to the Pathare Prabhu community, they would add pistachios and cashews to their ladoos unlike the peanuts added in other Maharashtrian households.

Til ladoos would also feature in the house of Rushina Munshaw Ghildayal, the author of A Pinch of This, A Handful of That, on Sankranti. A festival called Uttran by Gujaratis. Other favourites in the Gujarati joint family she grew up in were the masala fada khichdi (dalia khichri) made with broken wheat, lentils and lots of spices and the sweet fada no sheero.

However, when it comes to the East it is really the peetha, puli and patishapta that best bring out the taste and flavour of Sankranti for most.

How do you celebrate Sankranti? Do write in and I would love to hear from you.

Promoted
Listen to the latest songs, only on JioSaavn.com
Kalyan loves to eat and he loves to talk about all that he eats. His wife urged him to start writing about it, otherwise she would have to hear it all. He blogs as 'finelychopped' and is the author of The Travelling Belly published by Hachette Publications.