Biryani To Paneer Tikka: 7 Viral Food Wars That Divided The Internet In 2020

Year Ender 2020: This year saw a number of intriguing debates on social media, ranging from the best Biryani of India to the recipe of Paneer Tikka. 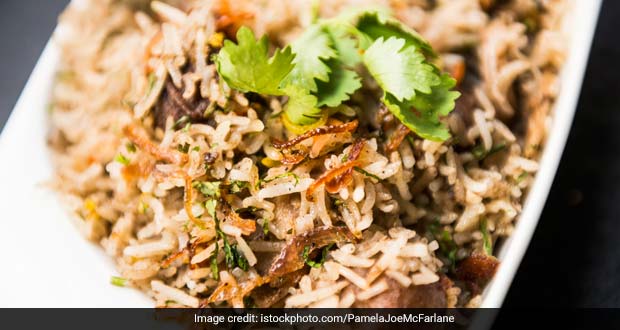 Year Ender 2020: Here are the top 7 food wars that happened this year.

If there's one thing close to everyone's heart - it has to be food. It is said that the love for food has the power to unite people beyond any other factor. But if we take 2020 into consideration, food also has the ability to divide. People's food preferences and tastes are many and varied; this is why social media is often witness to heated discussions centred around the topic. These debates begin innocuously from a single tweet or post, blowing up beyond measure in the coming days.

Here Are 5 Food Wars That Divided The Internet In 2020:

The passion that Indians have for Biryani is truly incomparable to any other dish. Hyderabadi Biryani, Kolkata Biryani, Lucknow Biryani and Malabari Biryani are some of the more popular variations found in the country - but which one out of these is the best is truly a never-ending discussion. The Biryani debate started with a tweet in February 2020 by journalist Rohini Singh which likened the Kolkata biryani to a 2G scam. Food critic Vir Sanghvi too joined the banter, offering his inputs on how often he could consume each kind of Biryani. The friendly banter on Twitter soon became a raging debate, with heated responses from all over the country.

Interestingly, the love for Biryani did not falter in spite of the lockdown. The one pot meal was officially the most ordered item as per a report by food delivery app Swiggy.

Year Ender 2020: Passionate debates ensued about which Biryani is the best in India.

One of the most bizarre food wars of 2020 - the trend of hyperreal cakes won over social media and how. It all began with a viral video shared on social media which featured cakes shaped like everyday objects. The cakes were so intricately detailed, it was hard to tell whether they were actual items lying around the household or whether they had cake inside them. Users lost their calm, as they tried to cut up objects hoping that they turned out to be cake. Hyperreal cakes also made for an escape from the bleak year that 2020 was.

(Also Read: Fancy A Cake In The Shape Of A Shoe? This Independent Artist Bakes In Surprisingly Eccentric Shapes)

There were a number of illusory pictures that did the rounds online in 2020. First came a picture of a cheesecake, which some saw as a boat. This illusion came after people worldwide were being quarantined for months at end in the pandemic era, thus giving rise to the urge to travel. Some other debates included an uncut crystal that resembled a piece of fried chicken according to users. Endless debates about these clicks ensued in foodie communities.

Chai is one recipe that is very close to every Indians' heart. Indians and Chai go hand-in-hand, which is why anyone experimenting with the classic recipe does not go down well with ardent devotees of the soothing beverage. A recipe for Chai Latte by a foreign publication received a lot of flak in 2020 for adding bizarre ingredients such as Star Anise, Cinnamon, coconut milk and even maple syrup to the drink. The video went viral and was soon taken down amid protests on social media, starting a whole different war about how exactly Chai should be made in the first place.

Year Ender 2020: Another heated discussion was around tea and how to make it.

A picture of a pizza eaten with a fork and knife from the centre with the crust intact went viral on social media in 2020 and started a debate around the question - how do you eat your slice of pizza? Pizza-lovers passionately spoke about the issue from all corners of the world. Some said that they would rather have it by hand than use a fork and knife to cut up the pizza. Others said leaving the crust out was an 'abomination' and a 'criminal offence'.

Year Ender 2020: This picture of pizza crust enraged netizens to no end.

2020 is a year that saw a lot of creativity when it comes to fusion foods. Foodies debated over a number of innovative and bizarre creations that were shared online - right from chocolate biryani to noodles in pani puri and more. While most people had a hard time digesting these weird concoctions, some liked the creativity that went into them. Ice Cream Dosa was a creation that went viral online, and business tycoon Anand Mahindra gave it 'full marks for inventiveness'.

The US Elections 2020 was one of the most trending search terms on Google in 2020 - but an unlikely food war began during the election period. A tweet by Indian-American congresswoman Pramila Jayapal started the discussion about Paneer Tikka. Although Jayapal spoke about the Indian comfort food Paneer Tikka in her tweet, the picture featured a gravy-based Paneer Tikka Masala dish. Indian foodies called her out for misidentifying the Paneer gravy dish as the dry Paneer Tikka.

Year Ender 2020: Paneer Tikka Masala image went viral with a huge debate around it around the time of US elections.

It would be interesting to see what kind of food wars and discussions abound on social media in the year 2021.