Bring in the Garden: Cooking With Edible Flowers 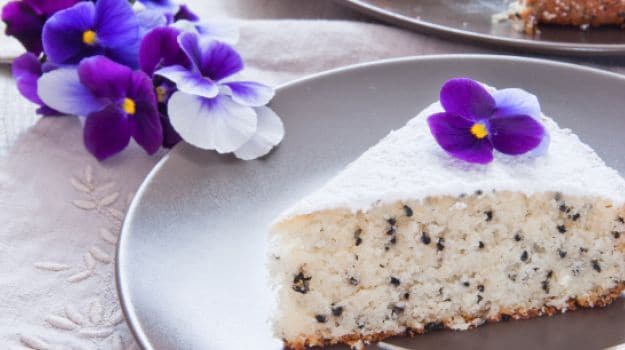 Man was once known to consume almost everything that existed on the planet...

Human beings may arguably be the only species capable of cultivating a taste for new flavours and textures. From red meats, different kinds of fish and sea organisms to reptiles, birds, various vegetables, roots, herbs, spices and what not - cook anything, make it palatable and presentable, and you will find takers for it. I personally love the idea of using different herbs and spices to add more dimensions to the preparations. Taste takes precedence, of course, but what's delightful to me in most cases, is the play of bold and beautiful colours on my plate and the coming together of flavours that are so distinct from each other. The concept of using flower petals as garnishing is not new, but on my recent visit to the newly opened restaurant called 'Pluck' at Pullman Hotel, one of the dishes was nothing but all flowers!

Yes, all edible and all flavourful. It was a completely different experience, chewing on the velvety, silken texture of those delicate flowers, ingeniously teamed with lime zest and sour cream. I was inspired by the concept, so much so that I set out on a quest to find out more about locally available flowers that can easily be included in our everyday cooking. I think it's a great option to break away from the monotony of regular meals. Flowers are much more than just fragrance - surprisingly, you can cook with them, with no fuss at all.

Bringing in the Garden

To begin with, there are certain flowers that are not only plucked for decoration or gifting purposes, but widely incorporated in Indian cooking to make regional delicacies. Pumpkin, papaya and banana flowers are a few examples. Apparently, pumpkin flowers are often used in Bengali cuisine. The delicate flowers are washed and smeared with a blend of poppy seeds, salt, gramflour and fried to perfection. Another flower used in Bengal is what they call the bokphul. Also known as the crane flower or the hummingbird blossom, these are widely cultivated in Southeast Asia and parts of Australia.

Food writer and blogger Hoihnu Hauzel recollects her childhood memories of her mother cooking with papaya flowers, "This vivid memory of my late maternal grandmother comes to mind each time I think of papaya flower. What prompted her to pluck those flowers was a belief that consuming them in the form of a vegetable would help bring down her insulin level - a diabetic patient who religiously tried to find a cure in nature." Papaya is easily and abundantly grown in the Northeastern part of the country. One of the commonest ways to cook with the delicate flowers would be to wash them properly, let them dry and sauté them lightly in oil along with some salt, "This would be eaten as a side dish or paired with rice. It's slightly peculiar and bitter taste, like that of bitter gourd, isn't everyone's cup of tea but is still very enjoyable," notes Hoihnu.

Drumstick blossoms or moringa flowers are frequently cooked in most parts of the country. Though the vegetable is commonly found in most South Indian preparations like avialand sambars, the flowers are often stir-fried with masalas. Moringa flowers or Swanjhana - as known in some other parts of the country - are first washed and boiled, and then added to a fried mix of oil, cumin seeds, green chillies, ginger, tomatoes and onions with freshly chopped coriander atop.

Banana flowers are a huge hit in South Indian cuisine. Every time I imagine those long, purplish flowers, what comes to my mind is a mouthwatering banana flower curry popularly known as Vazhaipoo Poriyal. The flowers are washed and cut into slices and stir fried. Bengalis also cook one of their famed delicacies called Mochar Ghonto cooked with banana blossoms teamed with coconut. There are many other ways to cook with it, one of the easiest would be to try Aditya Bal's Banana florets in Malvani Masala recipe a try.

Last but not the least, gulaab and kewra have traditionally been used in Indian cooking since time immemorial. While rose has the reputation of flavouring almost any type of preparation that comes its way - from desserts to biryanis - kewra is most popularly used as an aromatic agent in North Indian desserts. Chef these days are experimenting with these two flavours in particular. A rose-petal derivative, gulkand is now being used as a flavouring agent in creating innovative, fusion desserts: Gulkand cupcakes.

Pansies seem to be the hot addition in most cakes and bakes these days.  "Pansies and violas can have a mild, fresh flavour or a more prominent wintergreen taste depending on the variety and how much you eat (a whole flower tastes stronger than petals alone)," Martha Stewart notes on her official website.

Besides these, a few other flowers that can be given a try would include jasmine, lavender, orange flower, lemon flowers and nasturtiums. Chamomile, hibiscus, lavender and marigold blossoms are a few picks doing rounds in many herbal teas and infusions. I recently had a lemongrass and marigold infusion which was refreshing to its very last dreg.

Lastly, I would sign off by talking a bit about the rhododendron juice that one of my colleagues recently had in Uttrakhand - which she says was "tarty and so revitalizing." The drink is known as Buransh in Uttrakhand and is derived from the native 'burans', a local variety of rhododendron. Apart from juicing the blossoms, the locals also make a zingy chutney out of it by grinding together the flowers with tamarind, chillies and bits of ginger.