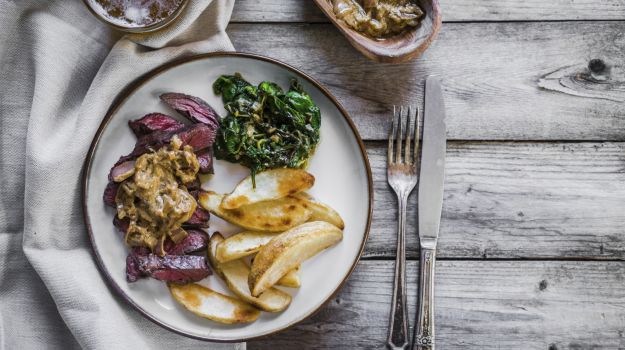 Move over quinoa, jackfruit and taco, there are other ingredients/foods trending in the Indian restaurant world that the so-called fooderati may be eager to sample. Conversely, you may be part of that other universe, where champions rush off into the other direction, wanting to spot the unspotted, sample the unfashionable. If so, read no further. This one’s specifically for all those who want to but haven’t quite stumbled on to the next “it” things: Ingredients just about making an appearance on swish menus before every chef worth his sea salt latches on to them and they fall off the coolness curve! So here goes my list:

You may have had it in kulchas in Jammu, or in a humble stir-fry with onions and cabbage, but you may have paid it scant attention — till now. India does not quite have a cheese-making tradition, and certainly not a tradition of ripening its cheese. (We throw away our “old”, smelly paneer, don’t we?) But Kalari cheese from Jammu is one of those exceptions. A Dogra cheese, it is made from cow or goat milk. It is dense and salted. And it is ripened. A clutch of individualistic chefs (such as Sujan Sarkar at Olive in Delhi) have managed to source it right and are using it as part of their specialised degustation menus. Go for it, we say!

2. Naga Chilli (and, well, sriracha and wasabi — even in your drinks!)The trend for hot, mouth-burning foods has been dominating the global restaurantscape for a while now. But while sriracha, the Thai chilli sauce that took the fancy of both chefs and diners is no longer deemed “chic”, at least in America, where its overriding popularity and democratisation means that it is no longer a novelty, in India, the trend seems to be just about picking up. Hot sauces, the hotter the better, can be found taking the pride of place on every menu, including at new BBQ restaurants that promise you “100 per cent pain” (the name of their sauce) with the chicken wings.

A literally hot indigenous trend, however, that seems to be just picking up is the use of the Naga chilli/raja mircha/bhoot jhalokia (all are different names for the same hybrid chilli from the north-east) in menus. These could go into anything—from marinades and sauces to, well, cocktails. Well, if sriracha and vodka make for a spicy marriage, why not the Naga chilli? The drinks also seem to be benefitting from pungent wasabi flavours. Well, that at least is a better option than the overdose of wasabi-mayonnaise flooding our cafes and bars, alongside fancy-fried pakora.

You don’t have to find comfort in potatoes, just turn to cassava for solace. This one is riding a global wave of rediscovered south American ingredients. Tapioca (that’s the same as cassava, even though it may not sound as fancy) is globally the third most important source of carbohydrates in the tropics—after rice and maize, and we have always had it in India, as well as in much of south Asia, where its starch has been used in myriads of ways. In Venezuela, earlier this year, McDonald’s replaced potato fries in its menu with cassava, because of a potato shortage in the country. But that is not the reason why we in India are turning to them! Cassava chips are also deemed a healthier option than potato chips. But, again, that may not be why you’d binge on them, with some salsa, is it?

It took me a couple of tastings to understand what really is lyophilised fruit and why should top chefs be importing these at absurdly high prices to use in their menus. Clearly, they are the new darlings of the creative set: A result of freeze drying, the lyophilised berries retain their flavour, shape and texture without turning limp and soggy upon thawing (should you want to use frozen Arctic berries, at all, in your desserts).

As a result, they are showing up in cutting-edge menus ranging from Indian Accent to Tian. Liquid Nitrogen, on the other hand, seems to have a much freer run all across with even casual restaurants indulging in “gastronomy”. What does it really do? The customers may ask (though they don’t). Well, it freezes foods (and alcohol) much better than refrigeration, so that it is possible to then even break it down into fragments and powders and serve these—full of flavour and style—on your plate. Powdered bhel, anyone?

This is one trend I can’t fault! The use of crispy skin, particularly pork and fish, on dishes is a welcome addition in Indian restaurants. There’s texture, flavour, less wastage. What’s not to like?