Evolved from the cuisine of the erstwhile princely state of Marwar, the all-vegetarian Rajasthani fare was part of a 7 day festival 'Padharo Sa'. 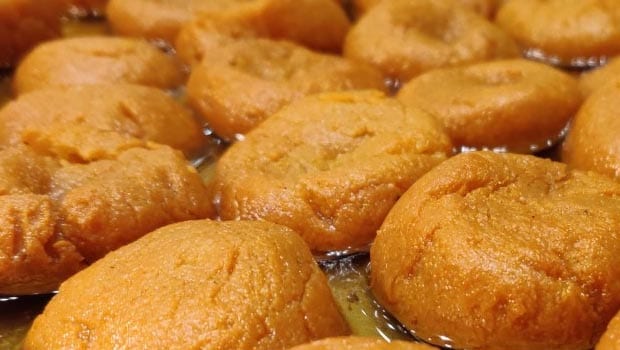 The Marwari fare offered by Mosaic at Crowne Plaza Rohini was truly delectable.

Keeping up with the current trend of regional cuisines gaining huge popularity, Crowne Plaza Rohini in Delhi NCR curated an entire festival around the Marwari cuisine. Evolved from the cuisine of the erstwhile princely state of Marwar, the all-vegetarian Rajasthani fare was curated by Chef Ashish Kumar Tiwari. This was part of the 7-day ongoing Marwari festival called 'Padharo Sa' that took place at the hotel's multi-cuisine restaurant Mosaic from 17th- 25th January, 2020.

Located in the city's northern area of Rohini, the hotel was a fair distance from the city's heart and took quite a while to reach. Nevertheless, the delicious spread made the wait worth its while. The entire restaurant was decked up with the Marwari fervour, complete with colourful umbrellas and servers in resplendent outfits. The flavour of Rajasthan was extended to not just the menu but the plating as well. Tiny porcelain figures of men wearing dhoti and pagdi adorned every starter. Our favourite dishes among the appetisers were - Kalmi Vada, which was a fried snack but not oily at all. Mattar ki pudiya, which was basically a peas-stuffed samosa was also an interesting Marwari offering.

Kalmi vada was a delicious starter at the Marwari festival.

When there's Marwari cuisine, needless to say, the first thing that comes to mind is Dal Baati Churma. And the Rajasthani staple at the festival did not disappoint. Crispy baati topped with delicious yellow dal and a dollop of ghee made for the perfect start to the main course. Following up with this were traditional curries of Marwar served with a side of Bajra rotis and Bedmi puris. Some of our favourite offerings in the gravies were the gatta curry, and the paneer-stuffed gravy capsicum. The gravies were slightly thicker than the traditional ones in Marwari cuisine; this was apparently done to suit the restaurant's audience. The rice dishes were absolutely sinful - bajra khichdi and dalia khichdi simply melted in the mouth. The desserts such as Churma and Halwa also tantalized the taste buds with their delicious texture.

All in all, the Marwari fare at Padharo Sa festival was the perfect initiation into the cuisine. We hope to see many more such festivals with regional flavour around the capital city.

What: Mosaic at Crowne Plaza Rohini

When: All seven days of the week, 5am-1am